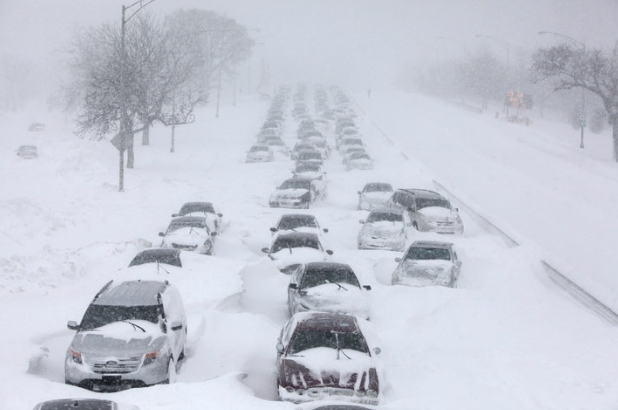 Blizzard conditions stretching from Texas to Maine have paralyzed travel in major cities across the nation’s midsection, closing airports and schools and leaving downtowns looking like snow-covered deserts.

The storm — billed as the worst in decades — unleashed much of its fury on the heartland, bringing Chicago and the rest of the Midwest to a standstill. As it churned into New England, a number of roofs collapsed as a foot or more of snow piled atop the remains of last month’s blizzards.

Travelers at Boston’s Logan Airport, which was closed temporarily Wednesday for the first time this season because of ice, continued to face cancellations and delays. The storm tested even the hardiest New Englanders, including snowplow driver Dave Mastrioni, who was clearing snow for everyone from churches to private businesses and the city of Newton, Mass.

“It’s been about a hundred hours of plowing — that’s about two years’ worth,” he said.

A mix of snow, sleet and freezing rain blanketed 30 states and is now sweeping up into the U.S. Northeast.

The brutal weather made for treacherous traveling on snow-choked roadways and runways, forcing airlines to cancel thousands of flights again Wednesday.

The huge demand for information caused sporadic outages for the National Weather Service’s web servers, which struggled to handle a deluge of 10 million to 20 million hits per hour, officials said. The site normally experiences an average of 70 million hits per day.

Chicago’s O’Hare International Airport received a record-breaking 19 1/2 inches of snow, according to the service. 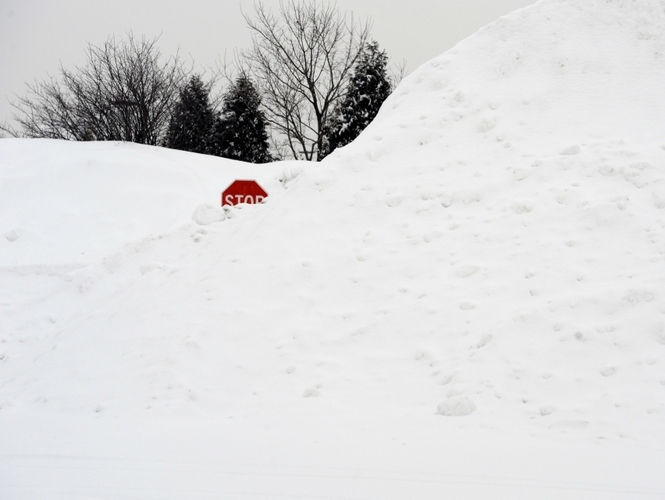