The US government and Fed are bankrupting America, destroying the dollar, the middle class and completely wiping out the poor (exactly as planned by their elite masters.)

Much has been said about Bernanke’s wealth effect and how it impacts a whopping 1% of the US population (traditionally, those very same bail out recipients who would be insolvent had Gen Ben not rescued the entire financial system at the expense of the DXY, which at last check was below 77 again).

Unfortunately, a little less time has been spent discussing the equal and opposite effect: that of the poverty effect. Luckily, every month we get an update on this just as useful metric.

And as of November, the SNAP program had 43.6 million participants, an increase of 400k from October, and a 14% increase, or 5.3 million from a year prior.

We are confident that this 15% of the US population will be delighted to know that their rapidly diminishing dollars will end up acquiring increasingly less and less stuff.

The chart below says it all. 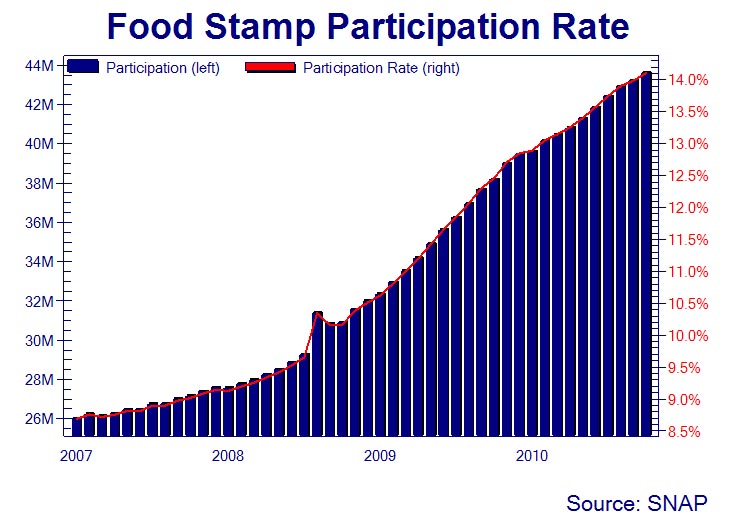