FBI Knocks Down 40 Doors in Probe of Pro-WikiLeaks Attackers 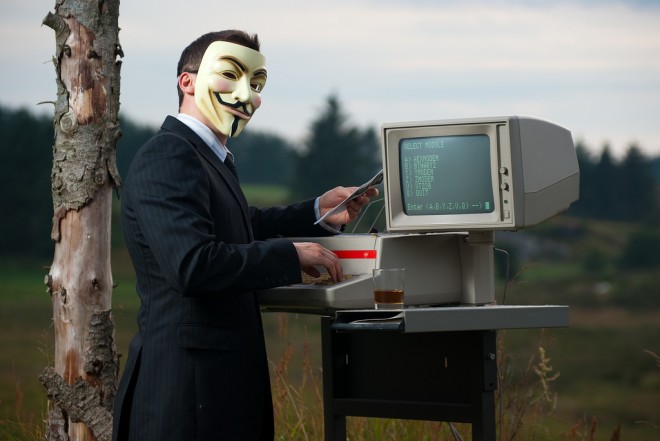 The FBI has joined in the hunt for those who participated in the retaliation attacks against companies that cut off services to Wikileaks, executing more than 40 search warrants across the United States on Thursday, the bureau announced.

In what seem to be timed raids, British police arrested five men Thursday morning who allegedly participated in the Anonymous group’s denial of service attacks on Visa, Mastercard, Paypal and Amazon in mid-December. Anonymous was seeking to bring attention to — and punish — the financial-service companies’ decisions to prohibit donations to Wikileaks. Amazon was targeted after it kicked Wikileaks off its web-hosting service.

The attacks caused no permanent damage, as they simply temporarily overloaded a website with more traffic than the server could handle. They were, for the most part, really nothing more than the cyber equivalent of a campus sit-in.

But the FBI warned it did not see it that way.

“The FBI also is reminding the public that facilitating or conducting a DDoS attack is illegal, punishable by up to 10 years in prison, as well as exposing participants to significant civil liability,” the FBI said in a press release. The FBI did not announce any arrests in conjunction with the searches.

The attacks were conducted by the loosely organized ‘Anonymous’ group to show displeasure with the financial-service companies that cut off donations to Wikileaks.

In the attacks on the financial-service companies, thousands downloaded a tool called LOIC — or Low Orbit Ion Cannon — that joined their computer to the group attack on the target of the moment. However, the tool did nothing to hide a user’s IP address, making it possible for the target website to hand its server logs over to the authorities to track users down by their IP addresses.

The denial-of-service attacks attempted to shut down the websites of Visa and Mastercard — which would have had little effect on the credit card giants. since few people ever visit their homepages. However the attack on PayPal focused on the interface used by online merchants, and reportedly caused some slowness, though no outages, to merchants for several hours.

The companies, along with Amazon, turned their backs on Wikileaks after the site began releasing U.S. diplomatic cables in conjunction with newspapers, saying the organization violated their terms-of-service agreements. However, none of the companies have cut off services to newspapers such as The New York Times that have extensively reported on and reproduced many of the cables. Wikileaks has not been charged with any crimes related to the leaked documents.