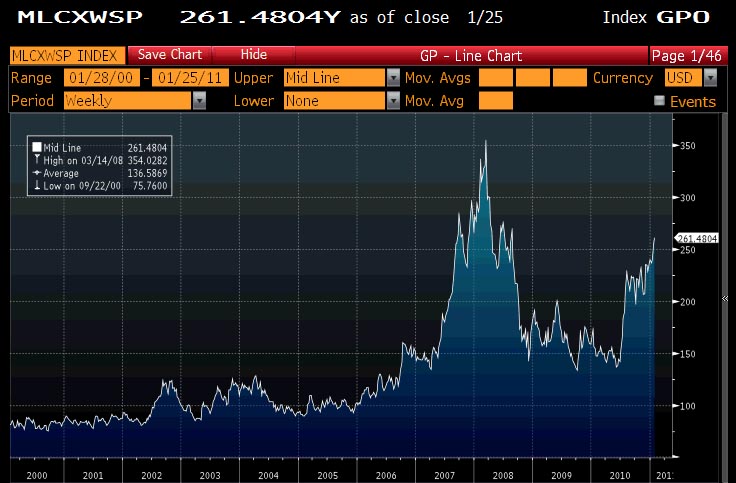 Per the newswire, Algeria bought 800,000 tons of milling wheat, with traders estimating the nation’s purchases for January at about 1.8M. Turkey and Jordan bought wheat last week after rising food prices helped fuel unrest in Tunisia.

The chart shows the UBS Bloomberg constant maturity Wheat index which confirms the vicious loop of what surging prices and geopolitical instability means to wheat prices.

The higher the prices, the greater the scramble by developing (and soon developed) countries to acquire as much wheat as possible and hoard it, hoping to avoid Tunisia’s fate, which of course will lead to even greater price surges. And all of this ignores the impact of the Goblin in Chief, whose money printing fetish has earned him, in our books, the adjective ‘genocidal’.

Once China figures out what is going on, and rice prices finally explode as we fully expect they will, the world will figure out just why…The only silver lining – soon farming will be the most profitable profession in the world. And as bankers only go where the money is, Bernanke’s strategy may in fact lead to the first net natural outflow of bankers from Wall Street in history.