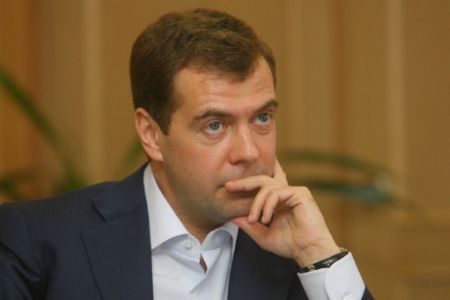 The Russian president has called on NATO to clarify Moscow’s role in a European missile system, warning if no agreement is reached, Russia will be forced to deploy “offensive” nuclear weapons.

“So this is not a joking matter. We expect from our NATO partners a direct and unambiguous answer,” Dmitry Medvedev said during a meeting with Russia’s NATO envoy Dmitry Rogozin.

“In either case, we are either together with NATO, or we separately find an adequate response to the existing problem,” he said.

Under former US President George W. Bush the United States proposed a plan to deploy a missile system in Poland and the Czech Republic — a plan which was fiercely opposed to by Russia. Moscow said it would deem such a deployment a threat to its sovereignty and would properly respond to it.

Russia and NATO agreed to cooperate on a joint missile system plan in Europe during a NATO-Russia Council meeting in Lisbon in November last year.

The parties agreed to formulate terms for cooperation on the missile system by June 2011.

“Either we agree to certain principles with NATO, or we fail to agree, and then in the future we are forced to adopt an entire series of unpleasant decisions concerning the deployment of an offensive nuclear missile group,” Medvedev was quoted by AFP as saying.