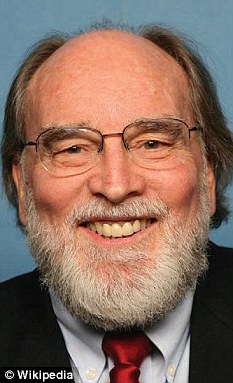 Pressure was mounting on Hawaii Governor Neil Abercrombie today amid increasing confusion over whether President Obama was born there.

Abercrombie said on Tuesday that an investigation had unearthed papers proving Obama was born in Hawaii in 1961.

He told Honolulu’s Star-Advertiser: ‘It actually exists in the archives, written down,’ he said.

But it became apparent that what had been discovered was an unspecified listing or notation of Obama’s birth that someone had made in the state archives and not a birth certificate.

And in the same interview Abercrombie suggested that a long-form, hospital-generated birth certificate for Barack Obama may not exist within the vital records maintained by the Hawaii Department of Health.

He said efforts were still being made to track down definitive vital records that would prove Obama was born in Hawaii.

Abercrombie was asked: ‘You stirred up quite a controversy with your comments regarding birthers and your plan to release more information regarding President Barack Obama’s birth certificate. How is that coming?’

He acknowledged the birth certificate issue would have ‘political implications’ for the next presidential election ‘that we simply cannot have’.

It’s a matter of principle with me,’ the 72-year-old said. ‘I knew his mum and dad. I was here when he was born. Anybody who wants to ask a question honestly could have had their answer already.’

Birthers insist Obama, born in 1961, is not eligible to be commander in chief. The reasons often vary, and have changed and expanded in the two years since the Internet rumour began.

Some believe his Certification of Live Birth is fake and he was really born in Kenya. Others argue that Obama is a citizen of the United Kingdom or Indonesia. Most theories have been dismissed by many in public office and the media, and have been found to be misleading or generally untrue.

However, the conspiracy theories still thrive, and according to Abercrombie, are likely to continue despite whatever evidence that shows him to be a proper U.S. citizen.

‘You’re not going to convince those people because they have a political agenda, or they have minds that go in that kind of direction,’ he told CNN. ‘Conspiratorial theorists are never going to be satisfied. This has gone into another area of political attack.’

And he again promised he would do ‘what I can do’ to publicly verify that records show Obama was born in Hawaii and is a citizen of the United States, making him eligible to be President.

The Governor vowed when he took office in December that he would do his best to end the debate over Obama’s birth, which began in 2008 during the presidential campaign.

‘We’ll do what we can as quickly as we can to make it inevitable that only those who wish the President ill, only the ones with a political agenda, will be the ones doing this kind of thing,’ he said at the time. ‘The President is entitled to the respect of his office and he’s entitled to have his mother and father respected.’

During that interview, Abercrombie said his goal to combat birthers was a personal one.