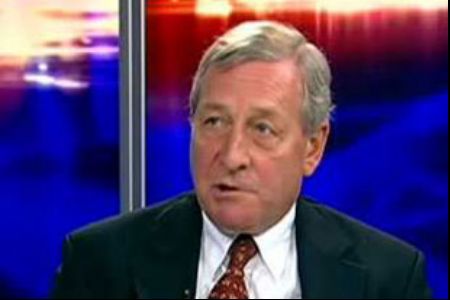 The United States Patriot Act is similar to the legislations carried out by the Nazi Germany in the World War II era, a former CIA officer says.

“The Patriot Act was similar to legislation carried out by the Nazis because essentially it was using terrorism in both cases as an excuse to strip civil liberties that were enjoyed in both countries; in the United States and Germany,” Phillip Giraldi said in an interview with Press TV.

“Governments have been willing to use fear, such as fear of terrorism, and fear of the enemy, as a way to get the people lined up in support of government policies. Very often these policies are essentially bad for the people because they take away many of their rights,” the former CIA officer said.

He went on to say that the relationship between the American citizens and the US government has changed for the worse since the introduction of the Patriot Act, adding that Americans had not become any safer by their rights being stripped away.

The US Patriot Act and desecration of the constitution has brought a dictatorship surveillance society of phone tapping, hidden cameras and policy brutality in the United States, Giraldi said.

The act, which was hastily adopted six weeks after the 2001 terrorist attacks, allows the US government to spy on its citizens without the need for a court order.

In February 2010, the House of Representatives and the Senate approved the extension of the Bush-era bill and sent it to President Obama who thereby signed the legislation into law.

1 thought on “Ex-CIA Official: Patriot Act Is A NAZI Law”