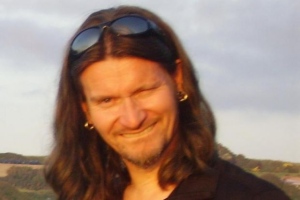 Activists at the Earth First gathering last August in Derbyshire said Kennedy, known to the movement as Mark Stone for seven years, was the most “articulate and vocal” contributor at a workshop on police infiltration. He also registered to be the “main point of contact” after the session.

Kennedy was unmasked by activists last October, but his activities were only made public on Monday when the case against six activists accused of conspiring to break into a coal-fired power station collapsed. Kennedy had said he would testify for the defence.

Last night, Kennedy said he’d been made a “scapegoat” for the failure of the case, and criticised the “extraction policies for taking an undercover officer out of the activist scene”, adding that he had “no confidence that my safety was ever going to be regarded”. He said his life had been “jeopardised”.

Kennedy went undercover in 2003, aged 33. The Metropolitan Police officer infiltrated dozens of overlapping protest movements, from environmental groups to anti-racism organisations. His access to money made him key in organising transport for protests. In the lead-up to the G8 protests in 2005 he was involved in the Dissent! network of groups brought together to protest at Gleneagles. He attended the Festival of Dissent, held in April 2005 in Lanarkshire, to organise the July protests.

One activist who was there said: “At that time he [Kennedy] was called Transport Mark – because he organised the logistics of transport.”

Mick Duncan, another activist involved in the running of the base camp in Stirling, described Kennedy as “a really friendly, helpful, lovely guy”.

Duncan said Kennedy helped set up the camp, ferrying in equipment and supplies. He also hired mini-buses to transport people to actions in Glasgow, Edinburgh and Gleneagles.

“It was a brilliant position for someone undercover,” said Duncan. “He was privy to everything.”

The Stirling camp was such an organisational success it helped inspire the UK’s first major climate camps.

“Climate camp built on the G8 camp in Stirling,” said Duncan. “The activists who did that liked how it was organised and thought, ‘Great, this is what should be happening for every climate-change issue’.”

Kennedy also took part in a workshop on spotting police spies, entitled Collective Responses to Repression, on August 7. It was organised by Tilly Gifford, a member of Plane Stupid Scotland, the country’s leading group against airport expansion. In 2009 Gifford blew the whistle on two Strathclyde Police officers who attempted to bribe her into leaking information.

She said: “He was definitely the most active contributor, which is ironic in retrospect.” She said his role “creeped me out” and made her “blood run cold”.

In March last year Kennedy resigned from the police. Since last Monday two other police spies have been unmasked and it has been revealed Kennedy had sexual relationships with protesters.