Shi Jianfeng was convicted of fraud for using fake military licence plates and uniforms to deceive highway toll collectors into thinking his vehicles were military-owned, and therefore exempt from charges

A Chinese farmer has been sentenced to life in prison for avoiding highway toll charges adding up to more than 3.5 million yuan (£335,000) by pretending his trucks were military vehicles.

State media reported that Shi Jianfeng was convicted of fraud for using fake military licence plates and uniforms to deceive toll collectors into thinking his vehicles were military-owned, and therefore exempt from charges.

Using this technique, he avoided paying tolls more than 2,300 times. A court in the central province of Henan sentenced Shi to jail and also fined him 2 million yuan (£190,000) on December 21, the media report said this week.

The news caused an uproar among some Chinese, who argued in online postings and commentaries that shorter sentences have been given out for the more serious crimes of rape or murder. 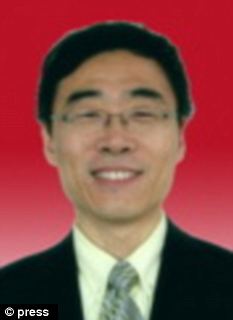 ‘Based on the explanation, the court certainly can hand down such a sentence,’ said Qu Xinjiu, a law professor at China University of Political Sciences and Law
(What would have happened to him and his career if he would have called this ruling outrageous?)

The outcry was so loud that the Intermediate People’s Court in the city of Pingdingshan held a news conference this week to defend its decision.

A report in the People’s Daily newspaper said Shi used devious methods to avoid paying the toll between May 2008 and January 2009 as he ran a business transporting gravel with his two vans. Military vehicles don’t have to pay highway tolls.

With China’s state media tightly controlled by the government, some citizens pounce on stories that they feel illustrate injustice. In this case, their complaints strayed beyond Shi’s case to popular complaints that highway toll fees are too high, especially for a farmer.

One legal expert said the severity of the sentence in Shi’s case comes from the fact that he faked military items, including uniforms.

‘Based on the explanation, the court certainly can hand down such a sentence,’ Qu Xinjiu, a law professor at China University of Political Sciences and Law, was quoted as saying by the English-language Global Times newspaper this week.

Other legals experts told state media they did not expect Shi would be able to pay his large fine.

The life sentence does not mean that Shi will be in jail for the rest of his life because jail terms in China are often shortened for good behaviour.