Authorities in Romania say dozens of starlings died of alcohol poisoning, not avian flu as feared. 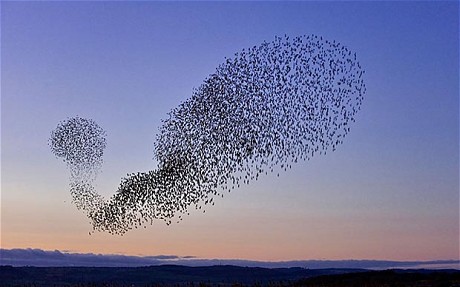 Romeu Lazar, the executive director of the veterinary health department in the Black Sea port of Constanta said on Wednesday a post-mortem revealed the birds ate grape residue that had fermented and their bodies could not handle the alcohol.

He says they did not have avian flu, which hit the area several years ago.

Constanta residents found dozens of dead birds on the outskirts of the city last week. The reports come as other, larger bird deaths were reported in the United States and elsewhere.

Scientists say mass deaths of wildlife happen regularly, and are usually unrelated and unreported. (SURE!!!)

1 thought on “And Now: Romanian Scientists Solve Bird Death Mystery: They ‘Drank’ Themselves To Death”