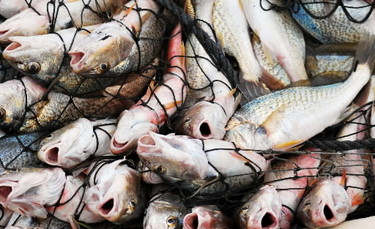 Maryland officials are investigating the mysterious death of an estimated 2 million fish in the Chesapeake Bay.

The fish, spotted from Bay Bridge south to Tangier Sound, are mostly adult spot, and some croaker (pictured above), according to the Baltimore Sun, which first reported the incident.

State officials believe the fish kill is the result of unseasonably cold waters – not water-quality problems. For example, the Sun reports that water temperatures dropped to near-record lows in late December.

Large cold weather fish kills happened in Maryland in 1976 and 1980. according to state officials.

Kimberly Reece, a Virginia Institute of Marine Science professor who studies fish kills, said Virginia has had no large-scale cold weather fish kills in at least 16 years, if ever.

Fish kills in the bay typically occur during the summer, when algae blooms decompose leaving large zones of water without oxygen. Such an occurrence is highly unlikely during the winter, Reece said.

“I would be surprised if it had anything to do with algae,” she said.

1 thought on “US: Mysterious Death of 2 Million Fish in Chesapeake Bay”