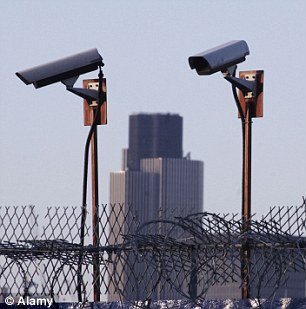 Surveillance state: Campaigners have said money could have been spent on schools and hospitals

Councils have spent £315million on spy cameras – despite slashing jobs and public services.

Their commitment to keep the streets under surveillence seems undiminished by the cuts being made to bring the nation’s finances back into check.

A survey of 336 councils shows why Britain has been dubbed the ‘big brother’ capital of the world.

Campaigners for civil liberties branded the findings ‘scandalous’ and said the money would have been better spent on schools, hospitals and other vital services.

However, Britain’s largest police force says that CCTV helps its officers solve six crimes every day by identifying suspects from it.

The hundreds of millions spent on CCTV is the latest sign that the march of Britain’s ‘Surveillance Society’ seems virtually unstoppable.

Surreptitious and unaccountable surveillance practices – aided by weak legal protection – have mushroomed faster than anywhere else in the world.

CCTV now logs the every move of Britons walking along high streets, with people estimated to be caught on camera up to 300 times a day.