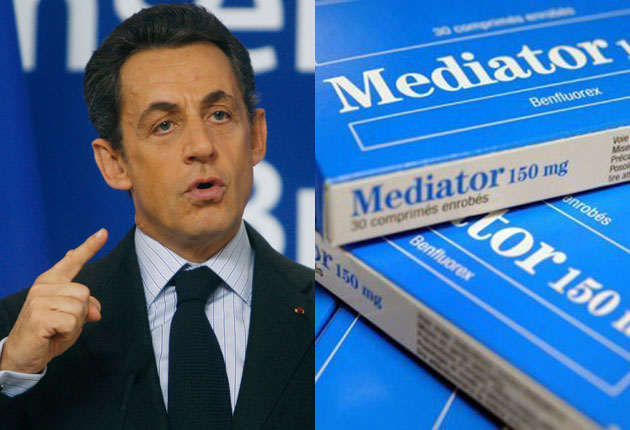 Approval was finally withdrawn after the publication of a study in April 2009 by a Breton lung specialist, Irène Frachon, which linked Mediator to scores of patients with otherwise unexplained heart valve problems. In November this year, the agency which runs the finances of the French health service calculated that the drug was responsible for at least 500 premature deaths. Another study, leaked to the newspaper Le Figaro, put the death toll at between 1,000 and 2,000.

The French Health Minister, Xavier Bertrand, has promised that the investigation will examine why a string of his predecessors failed to respond to warnings that Mediator was potentially dangerous. His predecessors include himself. In a previous stint in the job, in 2006, he decided to maintain the 65 per cent refund to patients who bought Mediator, despite an official report linking it to heart valve disease.

Other health ministers who have ignored previous reports criticising Mediator include, in 1999 and 1998, Martine Aubry, now leader of the main opposition party, the Parti Socialiste and Bernard Kouchner, the founder of Médécins sans Frontières. Both say they have no recollection of the warnings.

In a series of investigative articles, the newspaper Libération accused the Servier company, which emplys 20,000 people, of using “techniques of intimidation” to try to keep a cousin of Mediator, called Isoméride, on the lucrative US market in the 1990s. Researchers who criticised the drug recalled receiving anonymous threats, incuding parcels containing miniature coffins, but no direct link with Servier was established. The drug was banned in the US in 1997.