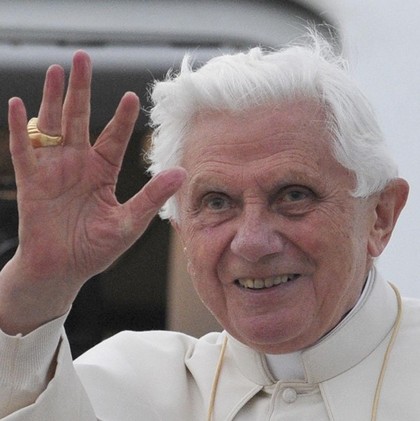 Victims of clerical sex abuse have reacted furiously to Pope Benedict’s claim yesterday that paedophilia wasn’t considered an “absolute evil” as recently as the 1970s.

“In the 1970s, paedophilia was theorised as something fully in conformity with man and even with children,” the Pope said.

“It was maintained — even within the realm of Catholic theology — that there is no such thing as evil in itself or good in itself. There is only a ‘better than’ and a ‘worse than’. Nothing is good or bad in itself.”

The Pope said abuse revelations in 2010 reached “an unimaginable dimension” which brought “humiliation” on the Church.

Asking how abuse exploded within the Church, the Pontiff called on senior clerics “to repair as much as possible the injustices that occurred” and to help victims heal through a better presentation of the Christian message.

“We cannot remain silent about the context of these times in which these events have come to light,” he said, citing the growth of child pornography “that seems in some way to be considered more and more normal by society” he said.

But outraged Dublin victim Andrew Madden last night insisted that child abuse was not considered normal in the company he kept.

Mr Madden accused the Pope of not knowing that child pornography was the viewing of images of children being sexually abused, and should be named as such.

He said: “That is not normal. I don’t know what company the Pope has been keeping for the past 50 years.”

Angry abuse victims in America last night said that while some Church officials have blamed the liberalism of the 1960s for the Church’s sex abuse scandals and cover-up catastrophes, Pope Benedict had come up with a new theory of blaming the 1970s.

“Catholics should be embarrassed to hear their Pope talk again and again about abuse while doing little or nothing to stop it and to mischaracterise this heinous crisis,” said Barbara Blaine, the head of SNAP, the Survivors Network of those Abused by Priests,

“It is fundamentally disturbing to watch a brilliant man so conveniently misdiagnose a horrific scandal,” she added.

The latest controversy comes as the German magazine Der Spiegel continues to investigate the Pope’s role in allowing a known paedophile priest to work with children in the early 1980s.

– Caution The Pope Is Coming!