So Goldman paid just 4,8%  of its compensation and benefits in 2010 to settle the SEC  fraud case. That must have been ‘extremely painful’ for Goldman!

Hey, but it is Christmas and those banksters are doing God’s work. 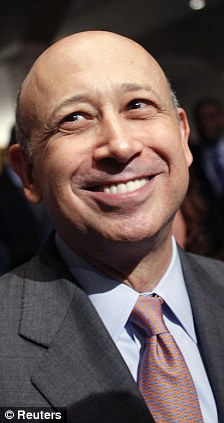 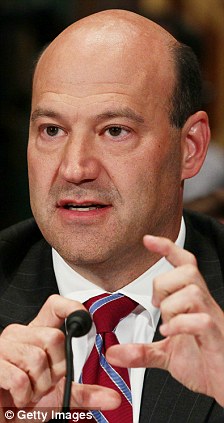 Goldman Sachs bosses are to pick up $111million in bonuses in an ‘outrageous’ pay deal that flies in the face of the worst recession for 80 years.

The investment banks’ chief executive Lloyd Blankfein and president Gary Cohn will get $24million each under the bumper agreement that will see thousands of others get huge rewards.

The bonuses were agreed in 2008 months before Goldman took $10billion of U.S. bailout money, but due to technicalities there is no way to stop the bank from paying them out.

Millions of Americans have been forced out of their jobs and federal workers have been told by President Barack Obama to take a pay freeze amid an unprecedented squeeze on public finances.

Even other Wall St banks such as Morgan Stanley have promised pay restraint amongst senior executives.

Blankfein, 56, and Cohn, 50, were given $27million and $26.6million respectively in 2007 but, like other managers, have either been given restricted stock options or no bonus since then.

No such arrangements have been made for 2010, paving the way for the colossal awards that are supposed to compensate them for their work for the last three years.

In addition to Blankfein, the company’s chief financial officer David Viniar will get $21.3million whilst former co-president Jon Winkelried, who left the firm in March 2009, will get $20.8million.

Edward C. Forst, co-head of investment management, who left in 2008 and returned a year later, will get $14.3million.

Goldman has already been bullish about is bonuses and has set out $13billion to cover compensation and benefits this year alone, the equivalent of paying each of its 35,400 employees $370,706 each.

But taxpayers struggling to make ends meet are likely to be infuriated that the good times are rolling once again whilst the rest of America is in the doldrums.

On top of that, Goldman was was among those which relied most heavily on the Federal Reserve’s fund to help stricken banks and at one point it was borrowing up to $35billion a day.

‘Clearly we now look back and say, ‘Were things fine? Should they have paid? Maybe not,” said Jeanne Branthover, a managing director at recruitment firm Boyden Global Executive Search.

‘There’s nothing you can do about it. The payouts were in stone. But hopefully, in the future, they won’t be.

‘The public will be outraged.

Elsewhere on Wall St investment bankers have been warned to expect to get up to 28% less in bonuses compared to last year, analysts have revealed.

Morgan Stanley has gone further and informed executives their pot could decrease by nearly a third.

The moves are in response to the public’s fury at Wall St – a recent poll carried out by Bloomberg News showed that more than 70% of Americans believed that banks that received government assistance should not pay out bonuses.

Earlier this year Goldman was forced to pay a $550million fine to settle a securities fraud case with U.S. regulators.