Ireland has been completely bankrupted and destroyed by the elite.

Nationalized Anglo Irish Bank losses are the worst in the entire world!

Iceland didn’t bail out the banksters:

If Spain needs a bailout, it’s game over:

And this is the best place to be: 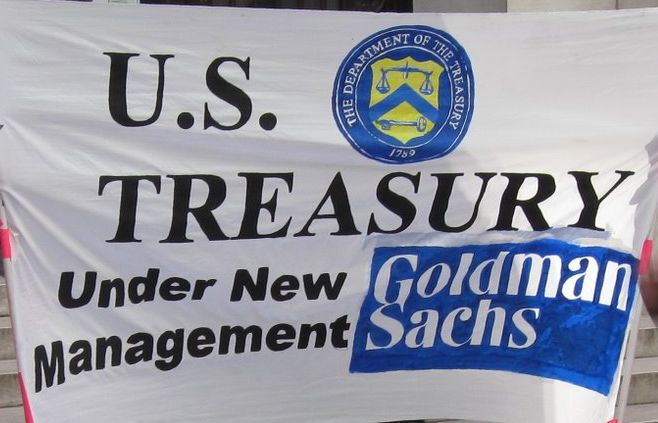 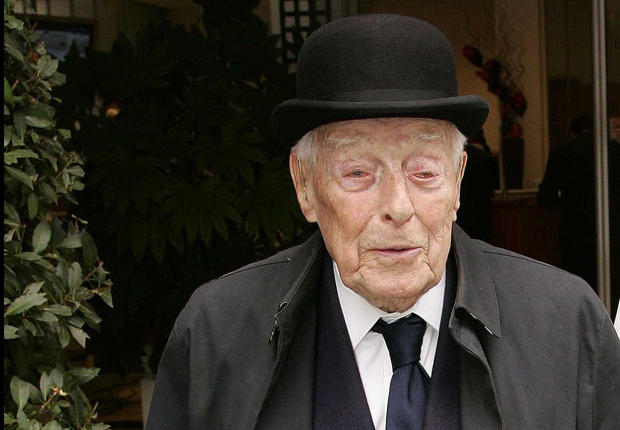 Complete list of bondholders inside, and BBC footage of Sir Eveylyn de Rothschild.  The deceased Guy de Rothschild, pictured, no longer exploits the masses for banking profit, but his progeny carry on his legacy effectively.

Scroll down for VIDEO of Sir Evelyn de Rothschild…

Guess what, Ireland.  Brian Lenihan and Brian Cowen just sold you down the IMF river.  Why?  To bail out bank bondholders and giant European banks.  Of course! That’s what governments are for these days, apparently.  And they’ll tell you that the bailout policy is all for you own good.   And for little old ladies and pensioners and orphans.  Just don’t tell that to the cancer patients.

Yep, another nation made IMF debt slaves on behalf of the international banking cartels.  And Goldman Sachs and Rothschild & Compagnie are on the list.

Check it out below — Guido Fawkes’ blog has acquired the list of Anglo-Irish Bank’s bondholders.

Anglo-Irish Bank did not represent a systemic risk to the Irish economy, it wasn’t a high street bank like AIB or the Bank of Ireland. If it had been allowed to go the way of Lehmans the only losers would have been shareholders and bondholders. The Irish state stepped in and nationalised a bank that was basically run by crooks lending to property speculators.

Every child in Ireland is being bequeathed a huge debt at birth to protect the interests of foreign, mainly German, bondholders – why?  Guido was once a bond trader, it was always understood that sometimes the bond issuer defaults.

So why is Dublin’s political establishment so keen to protect foreign investors at the expense of future generations?  Guido has obtained the list of foreign Anglo-Irish bondholders as at the close of business tonight.  These are the people whom Dublin’s politicians really seem to care about:

Great analysis of the list from the Golem XIV…

Of the 80 listed companies only 7 listed pensions and being a cooperative savings institution. Of those only 4 listed churches and unions as their clients, the others could well have been big pension funds. The churches and unions in question were in Germany not Ireland.  Those seven companies are amongst the smallest of Anglo Irish’s bond holders.  I only have figures for four of the seven.  The largest, Union Investments of Germany, has a mere €165 billion in assets under management.

The total assets under management which I was able to compile from publicly available figures is €20,871,150,000,000.   That is an underestimate because the bond holders who turn out to be Private and Swiss banks don’t publish any figures.  So Anglo Irish’s ‘bond holders’ hold and invest MORE than 20.8 trillion euros.  Guido lists those bond holders as holding between them 4 Billion euros in Anglo Irish bonds.

Now, in my opinion both figures are likely to be wrong.  Certainly my figure is a large underestimate.  But taking them at face value Anglo Irish would account for one 5000th of the total assets being managed by all the bond holders.  So would even a total default by Anglo Irish cause that much, let alone systemic, pain and risk? Why are the ‘Bond holders’ and the Irish government so concerned that the Irish people be forced to take the loss and pay the debts for them?

SO….  on one side we have Ireland whose bond holders, its people, have between them a total GDP wealth of 0.207 trillion euros.  Who are being FORCED, against their will, to pay Anglo Irish bank’s debts to its bond holders, who between them hold 20.8 Trillion euros.  The people of Ireland are paying to, and protecting the wealth and power of, people who have 100 times more wealth!

So where do these wealthy bond holders live and work?

All these figures are very rough.  The figure for Switzerland is certainly under because Private Swiss banks just don’t publish figures.  What we can say for sure, figures or no figures, is these are not banks investing widow’s pensions or orphan’s pennies.

So who are they? Well many of the bond holders are privately held banks, which list their activities as asset management for off-shore, non-resident and high value individuals.  To give you an example, one of the private banks is EFG Bank of Luxembourg.  EFG stands for European Financial Group which is the third largest private bank group in Switzerland.  It manages over €7.5 trillion in assets.  It is ‘mostly’, 40%, owned  by Mr Spiro Latsis, son of a Greek shipping magnate.  He also owns 30% of Hellenic Petroleum.  His personal fortune is estimated to be about $9 Billion.

DB here.  Blasphemous rape of a nation in order to reward billionaire bondholders who were reckless investors and malignant in oversight.