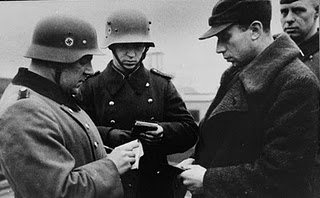 WASHINGTON (Reuters) – Officers will start random bag inspections on the sprawling Washington subway system, the Washington Metro Transit Police said on Thursday, a week after a man was arrested for making bomb threats to the rail system.

Metrorail police officers plan to randomly select bags before passengers enter subway stations and they will swab them or have an explosives-sniffing dog check the bags, according to the Metro police.

There is “no specific or credible threat to the system at this time,” Metro said in a statement. Passengers who refuse to have their bags inspected will be denied entry into the subway system.

“The program will increase visible methods of protecting our passengers and employees, while minimizing inconvenience to riders,” Metro Transit Police Chief Michael Taborn said in a statement announcing the new checks.

The decision to launch the new security checks, similar to programs in New York and Boston, comes after two people were arrested in recent months, accused separately of threatening to explode bombs in the Washington subway system.

The Washington Metro system consists of five separate rail lines with 86 stations that stretch from Maryland through the capital city and into Virginia. Passengers have made some 217 million trips through the system so far this year, Metro said.

A Virginia man was arrested last week for allegedly making threats to use explosives in the Washington area including the subway.

Two months earlier, another Virginia man was arrested in a sting operation, accused of trying to help who he thought were al Qaeda militants bomb Metrorail stations.

U.S. security officials have been increasingly worried about terrorism plots being launched in the United States, particularly by individuals who have no direct affiliation with militant groups but sympathize with their causes and have adopted their ideologies.