Unbelievable! This video is a must-see!

And what will happen next time? 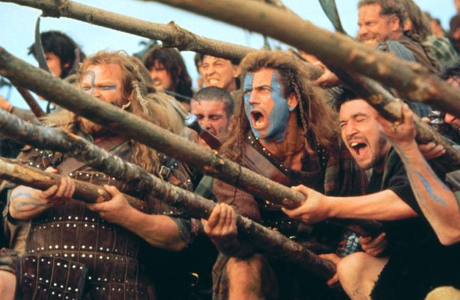 This is complete madness.

All those police officers should be fired and charged with assault.

The police watchdog launched an independent investigation today after a 20-year-old student was left unconscious with bleeding on the brain after being hit on the head with a police truncheon.

Alfie Meadows, a philosophy student at Middlesex University, was struck as he tried to leave the area outside Westminster Abbey during last night’s tuition fee protests, his mother said.

The Independent Police Complaints Commission launched an investigation, but warned that inquiries were still at an early stage.

After falling unconscious on the way to Chelsea and Westminster Hospital, Mr Meadows underwent a three-hour operation for bleeding on the brain.

His mother Susan, 55, an English literature lecturer at Roehampton University, said: “He was hit on the head by a police truncheon.

“He said it was the hugest blow he ever felt in his life.

“The surface wound wasn’t very big but, three hours after the blow, he suffered bleeding to the brain.

“He survived the operation and he’s in the recovery room.”

Mr Meadows was with a number of friends, including two lecturers, Nina Power, a colleague of his mother’s, and Peter Hallward, a philosophy lecturer at Kingston University.

But as they tried to leave the area where protesters were being held in a police “kettling” operation, the second-year undergraduate suffered a blow to the head.

He phoned his mother, who was also at the protest in a different area.

“He said he had been hit on the head and was bleeding,” she said.

“I got out of the kettle and met him and he told me all about it.

“He knew he had to go to hospital but he didn’t initially know how bad it was.

“The policeman offered to get him an ambulance but he was in shock and didn’t know how serious it was.”

She said he had been trying to get out of the “kettle” because police had announced that people who were obviously not trouble-makers would be allowed to leave.

His mother, who stayed up all night in the hospital with her son, said he was taken to hospital after his condition deteriorated.

She said she talked about the possibility of trouble with her son before the demonstrations.

“He’s an extraordinarily idealistic and committed and political person. He cares passionately about the cause,” she said, adding that he had been to training sessions at the University of London.

“They had been given advice on how to stay safe. He would never try to be a martyr.”

“But he’s got tubes coming out of him everywhere. He will be in hospital for quite a while, it was a very major thing.

“He can remember the demonstration. He wanted to know whether other people were hurt, what happened afterwards and whether his friends were OK.

“We’re just absolutely unbelievably thrilled that he has come through it. It was the most tremendous blow to his head.

“Basically he had a stroke last night. He couldn’t speak or move his hand.

“But thanks to the wonderful medical care he’s come through it. It was terrifying.”

She said she felt “very strongly” about the police behaviour, adding: “It’s part of a pattern of the way in which these events are being policed.

“Alfie said to me before this happened ‘Somebody is going to get killed’. It’s very frightening.”

Ms Power, 32, a philosophy lecturer, said she was with Mr Meadows just minutes before the incident.

She said: “The police had been very violent all day. Whoever was trying to get out, they weren’t allowing them.

“We were standing quite far back. We were nowhere near the front line.

“We were just talking about getting out. I went one way and Alfie tried another.

“The police were getting very violent at that point. Where I tried to get out they were charging with horses. We had to run back.

“Alfie is not a violent person. He wouldn’t have done anything silly. He’s not the sort of person who would have been carrying weapons.

“He’s very political, engaged and passionate, but he’s not a violent person at all.”

She said the other lecturer, Mr Hallward, saw Alfie later on and he was on his own in the street, looking “very confused”.

An IPCC spokeswoman said: “The Independent Police Complaints Commission has begun an independent investigation following an allegation that a 20-year-old man was hit on the head with a police truncheon, causing serious head injuries, at a student demonstration in London yesterday.

“The IPCC was informed by the Metropolitan Police about the allegation in the early hours of this morning.

“Investigators were deployed and, following an assessment of the information currently available, a decision has been taken to independently investigate to consider the nature of any police contact that took place.

“The investigation is at a very early stage and updates will be provided as and when they become available.”

The IPCC later appealed for witnesses to come forward.

“As a result of information from the people who are understood to have been with Alfie Meadows, it is believed that the incident took place in the late afternoon/early evening on Thursday December 9 2010, in the vicinity of Parliament Square, although the exact time and location has not yet been confirmed,” a spokeswoman said.

“He was initially taken to Chelsea and Westminster Hospital and then subsequently transferred to another London hospital where his condition is currently described as stable.

“The IPCC investigation will seek to establish the nature of any police contact that took place, and whether any police actions were lawful, proportionate and necessary.

“Alfie is described as white, with long brown hair in a ponytail and was wearing a red and white scarf and a camouflage green padded jacket.”

Investigators are looking at CCTV, police logs and working to trace witnesses, she said.