The Czech Republic is using controversial “sexual arousal” tests where men are shown pornography to check if asylum seekers are homosexual, according to EU’s leading human rights agency. 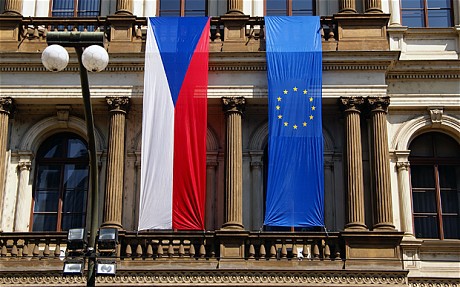 The EU said that the phallometric testing by the Czech Republic could fall foul of the European Charter of Human Rights Photo: ALAMY

In a report on homosexual equality, the Agency for Fundamental Rights said that phallometric testing, when men are shown both homosexual and heterosexual pornography while censors monitor the blood flow to the penis, “was questionable, since it is dubious whether it reaches sufficiently clear conclusions”.

The Czech Republic is the only country in the EU that uses phallometric testing in order to distinguish true asylum seekers from those that might use claims of homosexuality and subsequent persecution back home as ruse to get into the country.

The EU agency also said that the test could fall foul of the European Charter of Human Rights, which prohibits degrading and humiliating treatment, adding that “this exam is particularly inappropriate for asylum seekers, given the fact that many of them might have suffered abuse due to their sexual orientation”.

But the Czech interior ministry defended the method, saying that it was part of a “comprehensive” system to check the veracity of claims, that it was voluntary and had only been used in about ten cases.

Vladimir Repka, a ministry spokesman, explained that the test was applied mainly to asylum seekers from countries “that severely punish homosexuality”.

“These are people from areas where Islamic Sharia law is applied, or from countries which have a strong Islamic influence,” he explained, citing Iran, Syria, Azerbaijan and Nigeria as examples.

But the Fundamental Rights Agency questioned the interior ministry’s claims that the test was “voluntary”, arguing that asylum seekers, fearing authorities might interpret their refusal to take the test as suspicious, may feel obliged to take it.

The agency argued that other, less intrusive, ways of determining somebody’s sexual orientation such as psychological testing should be used instead.

Petr Khollovou, from Czech organisation People in Need, which provides support for asylum seekers, said that people who had undergone the examination had been “shocked” by the procedure.