– Hauled off to a British prison with a wry smile, the WikiLeaks chief now facing extradition on rape charges (Daily Mail):

WikiLeaks founder Julian Assange was in a British prison last night after a parade of celebrity supporters failed to secure his freedom.

The 39-year-old ex-computer hacker, behind the release of 250,000 leaked files on the internet, was refused bail and remanded in custody by a London magistrate – facing extradition to Sweden over allegations of rape and sexual assault. 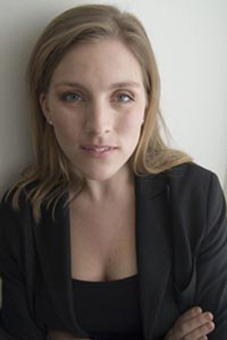 One of the women accusing WikiLeaks founder Julian Assange of sex crimes appears to have worked with a group that has connections to the US Central Intelligence Agency (CIA).

James D. Catlin, a lawyer who recently represented Assange, said the sex assault investigation into the WikiLeaks founder is based on claims he didn’t use condoms during sex with two Swedish women.

Swedish prosecutors told AOL News last week that Assange was not wanted for rape as has been reported, but for something called “sex by surprise” or “unexpected sex.”

One accuser, Anna Ardin, may have “ties to the US-financed anti-Castro and anti-communist groups,” according to Israel Shamir and Paul Bennett, writing for CounterPunch.

While in Cuba, Ardin worked with the Las damas de blanco (the Ladies in White), a feminist anti-Castro group.

Professor Michael Seltzer pointed out that the group is led by Carlos Alberto Montaner who is reportedly connected to the CIA.

Shamir and Bennett also describe Ardin as a “leftist” who “published her anti-Castro diatribes (see here and here) in the Swedish-language publication Revista de Asignaturas Cubanas put out by Misceláneas de Cuba.”

Shamir and Bennett noted that Las damas de blanco is partially funded by the US government and also counts Luis Posada Carriles as a supporter.

A declassified 1976 document (.pdf) revealed Posada to be a CIA agent. He has been convicted of terrorist attacks that killed hundreds of people.

Ardin is “a gender equity officer at Uppsula University – who chose to associate with a US funded group openly supported by a convicted terrorist and mass murderer,” FireDogLake’s Kirk James Murphy observed.

In August, Assange told Al-Jazeera that the accusations were “clearly a smear campaign.”

“We have been warned that, for example, the Pentagon is planning on using dirty tricks to destroy our work,” Assange told the Swedish daily newspaper Aftonbladet.

The WikiLeaks founder said he was told to be careful of “sex traps.” Had Assange fallen for one of those traps? “Maybe. Maybe not,” he said.

Catlin observed that both Ardin and Sofia Wilén, the second accuser, sent SMS messages and tweets boasting of their conquests following the alleged “rapes.”

“In the case of Ardin it is clear that she has thrown a party in Assange’s honour at her flat after the ‘crime’ and tweeted to her followers that she is with the ‘the world’s coolest smartest people, it’s amazing!'” he wrote.

“The exact content of Wilén’s mobile phone texts is not yet known but their bragging and exculpatory character has been confirmed by Swedish prosecutors. Niether Wilén’s nor Ardin’s texts complain of rape,” Catlin said.

Ardin has also published a seven step guide on how to get revenge on cheating boyfriends.

When the charges were first leveled in August, Gawker raised doubts that Ardin was working for the CIA.

“If anything, Ardin’s outing tends to undercut Assange’s conspiracy theory that one of his accusers is a major figure on Sweden’s left fringe, freewheelingly indiscreet on her personal blog and, until her charges, an enthusiastic promoter of Assange’s visit to the country,” Gawker wrote.

After Interpol issued a digital “wanted” poster for Assange on Monday morning, an unnamed Scotland Yard source reportedly told Press Association it had been given the documents needed for the arrest. Police would not comment on the report publicly.

Several British news outlets speculated that Assange could be arrested as early as Tuesday.

On Monday evening, Mark Stephens, Assange’s London lawyer, was negotiating with British authorities over an arrest warrant they’d received from their Swedish counterparts. Assange has vowed to fight extradition.