Deaths will rise and so will organ donations! Vultures! 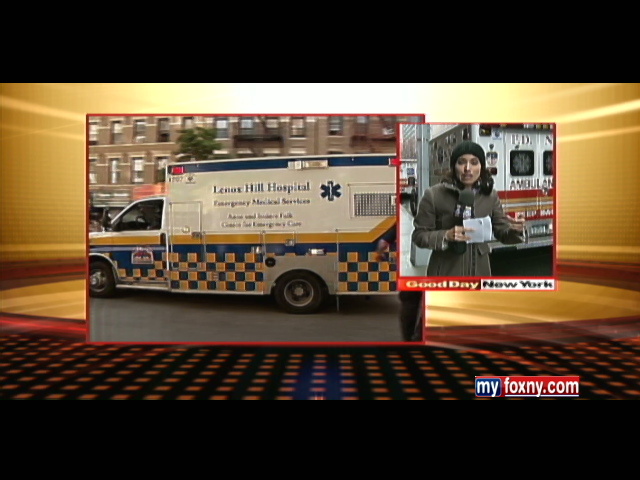 MYFOXNY.COM – It might sound a little disturbing to some people but a new pilot program will attempt to recover kidneys from people who die at home in Manhattan.

A team of organ specialists will have about 20-minutes after a cardiac-arrest patient is declared dead to arrive at the home, check a donor registry, determine medical eligibility, obtain a family member’s consent and get the person into a specialized ambulance.

A special team will monitor 9-1-1 calls about people in danger of dying and they will travel directly to a person’s home without being summoned.

The program is being launched Wednesday. It could eventually lead to thousands more organs donated each year. But the five-month trial, a collaboration between Bellevue Hospital and New York City’s police and fire departments, could be declared a success without a single organ being recovered, organizers say.

It’s being called the Organ Donation Unit. It is being funded by a $1.5 million grant from the U. S. Department of Health Resources and Services Administration (HRSA),

The team — composed of two EMTs, an organ donor family services specialist and a Bellevue emergency physician — will interact with grieving and shocked family members in the limited time available before it is too late to use a person’s organs. A police detective will arrive at the scene before the team to make sure there’s nothing about the death that warrants a criminal investigation.

Donors will need to be between the ages of 18 and 60 who die of heart attacks. The trial will only take place in Manhattan. Only kidneys will be harvested in the trial program. The only organs that can be recovered from deceased individuals who die from cardiac arrest are kidneys and livers.

The project is “very, very modest but has the potential to prove a concept that could be revolutionary,” said Dr. Lewis Goldfrank, director of emergency services at Bellevue Hospital Center.

Of the roughly 50,000 people who died of all causes last year in downstate New York area hospitals, only about 600 were judged eligible to donate their organs. Of those, only 261 became donors, said Elaine Berg, the president and CEO of the New York Organ Donation Network.

The small number is due in part to policies preventing the vast majority of people who die of cardiac arrest from becoming donors, said Goldfrank, who estimated that each year 350,000 to 450,000 people in the U.S. suffer cardiac arrest outside of a hospital, with most dying.

As an ethical measure, EMTs attempting to revive a person and the doctor who ultimately makes the decision to declare a person dead won’t know whether the patient is a registered organ donor and whether he or she is considered a candidate for the pilot program.

Team members will be sent to the scene in a specialized “Organ Preservation Ambulance,” but will only enter the home after a person has been declared dead. Once there, they must determine whether the person is a registered organ donor and they must check whether the person has any medical conditions — such as cancer or AIDS — that would eliminate them as candidates.

The pilot program team has been told they have 50 minutes from the time a person’s heart stops beating to the time his or her body must be placed in the ambulance and hooked up to a machine that creates blood circulation. Once at Bellevue, another machine will increase body oxygen. Only residents of the island of Manhattan who are between 18 and 59 will be eligible for the pilot program.

Similar programs are already in place in France and Spain, where there are fewer barriers because people in those countries are considered organ donors unless they opt out.

Over 109,000 people await a life saving organ transplant in the U.S. A new name is added every 13 minutes. While solid organ transplants are routine surgical procedures, more than 6,500 people die each year because an organ is not available.

“Donating an organ can save a person’s life – that’s why I am an organ donor,” said Mayor Bloomberg. “But the unfortunate truth is that 8,000 New Yorkers are currently on the wait list for a donation, and there are barriers that make saving their lives not as simple as it could be. This new pilot program will help us test a process that could transform the way we donate organs and help save many lives.”