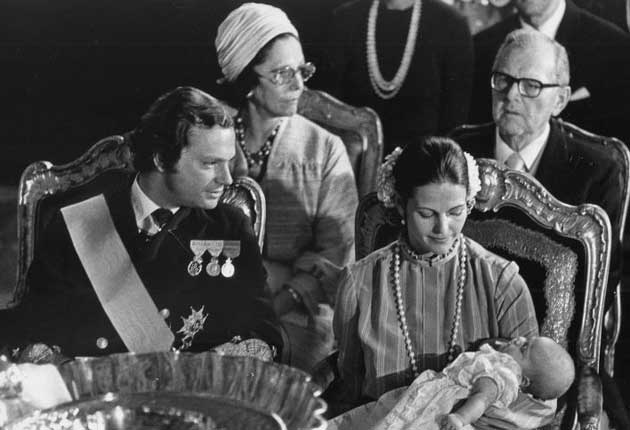 She has so far refused to answer questions concerning the latest disclosures about her father.

Her brother Ralf told Sweden’s Expressen newspaper in a recent interview that the Queen was “terribly upset” by the documentary, which he dismissed as “lies and slander”.

A statement released by Sweden’s royal palace said: “The Queen has no reason to comment on the content of the programme,” adding, “Of course, the Queen is sorry about her father becoming a member of the Nazi party. She first knew about his membership in adulthood. She never had the opportunity to discuss this with her father.”

The book entitled The Reluctant Monarch has become an instant bestseller in Sweden. The popularity of the royal family has dropped sharply since its publication. A poll published by the daily newspaper Dagens Nyheter showed that only 51 per cent of Swedes supported the King, compared to 64 percent a year ago. Carl Gustav has reluctantly admitted to most of the book’s finding and attempted to dismiss them as past events that are no longer relevant. “I have spoken to the Queen and we have decided to turn the page and move forward,” he said in a statement.