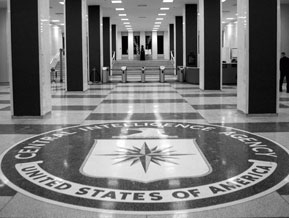 The CIA is notorious for its Cold War-era experiments with LSD and other chemicals on unwitting citizens and soldiers. Details have emerged in books and articles beginning more than 30 years ago.

But if military veterans have their way in a California law suit (PDF),  the spy agency’s quest to turn humans into robot-like assassins via electrodes planted in their brains will get far more exposure than the drugs the CIA tested on subjects ranging from soldiers to unwitting bar patrons and the clients of prostitutes.

It’s not just science fiction — or the imaginings of the mentally ill.

In 1961, a top CIA scientist reported in an internal memo that “the feasibility of remote control of activities in several species of animals has been demonstrated…Special investigations and evaluations will be conducted toward the application of selected elements of these techniques to man,” according to “The CIA and the Search for the Manchurian Candidate,” a 1979 book by former State Department intelligence officer John Marks.

“[T]his cold-blooded project,” Marks wrote, “was designed … for the delivery of chemical and biological agents or for ‘executive action-type operations,’ according to a document. ‘Executive action’ was the CIA’s euphemism for assassination.”

The CIA pursued such experiments because it was convinced the Soviets were doing the same.

Victims have sought justice for years, in vain. Now, almost 40 years later, a federal magistrate has ordered the CIA to produce records and witnesses about the LSD and other experiments “allegedly conducted on thousands of soldiers from 1950 through 1975,” according to news accounts.

U.S. Magistrate Judge John Larsen’s Nov. 17 order exempted the agency from having to testify about electrode tests on humans, but Gordon P. Erspamer, lead attorney for the veterans, says “we are pursuing this as well.”

“There is no question that these experiments were done,” Erspamer said by e-mail Tuesday, “but defendants say that they used private researchers and test subjects drawn from prisons, hospitals and nursing homes as subjects, not active duty military [personnel]. CIA said it had no one knowledgeable on this topic.”

Erspamer, senior counsel in the San Francisco office of Morrison & Foerster, said “several” CIA witnesses “are…still alive,” naming some that have been publicly identified, but opting to keep secret others before he calls them.

Papers filed in the case describe “electrical devices implanted in brain tissue with electrodes in various regions, including the hippocampus, the hypothalamus, the frontal lobe (via the septum), the cortex and various other places,” Erspamer said, drawing on [research papers] (http://media.washingtonpost.com/wp-srv/politics/documents/spytalkheathdocument.pdf) written by government scientists.

“We believe that one of our plaintiffs was given a septal implant at [Edgewood Arsenal] (www.edgewoodtestvets.org),” he said, based on an MRI he has “showing a ‘foreign body’ on the border between the septum and the frontal lobe.”

“A lot of this work was done out of Tulane University using a local state hospital and funding from a cut-out (front) organization called the Commonwealth Fund,” he continued, again drawing on the research papers.

“We tried to get docs from Tulane, but they told us that they were destroyed in the hurricane flooding.”

The CIA claims that at least some of the documents should remain classified as “state secrets.” But Magistrate Larson told the agency to come back with a better rationale, a “supplemental declaration explaining with heightened specificity” why the documents should be protected after all these years.