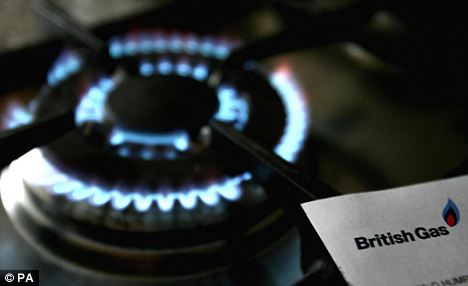 Greedy energy giants are to be investigated after revelations of a 38 per cent rise in profit margins on the back of soaring bills.Industry regulator Ofgem is to investigate Britain’s ‘big six’ energy companies – many foreign-owned – amid allegations of profiteering on a massive scale.

The average profit margin per customer has leapt from £65 to £90 since September, taking it to the highest level in five years.

The increase came on the back of price rises timed to hit families and pensioners just as they turn up their heating to cope with the winter freeze.

Earlier this week, it was revealed that nine elderly people died every hour last winter from the cold or cold-related illnesses.

Britain’s biggest supplier, British Gas, made record profits of £585million in the first six months of the year – up 98 per cent on the same period in 2009.

The company is putting up gas and electricity tariffs by an inflation-busting 7 per cent for seven million customers from December 10.