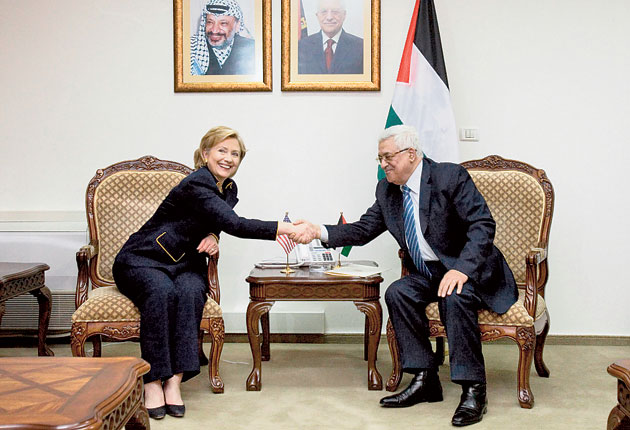 In any other country, the current American bribe to Israel, and the latter’s reluctance to accept it, in return for even a temporary end to the theft of somebody else’s property would be regarded as preposterous. Three billion dollars’ worth of fighter bombers in return for a temporary freeze in West Bank colonisation for a mere 90 days? Not including East Jerusalem – so goodbye to the last chance of the east of the holy city for a Palestinian capital – and, if Benjamin Netanyahu so wishes, a rip-roaring continuation of settlement on Arab land. In the ordinary sane world in which we think we live, there is only one word for Barack Obama’s offer: appeasement. Usually, our lords and masters use that word with disdain and disgust.

Anyone who panders to injustice by one people against another people is called an appeaser. Anyone who prefers peace at any price, let alone a $3bn bribe to the guilty party – is an appeaser. Anyone who will not risk the consequences of standing up for international morality against territorial greed is an appeaser. Those of us who did not want to invade Afghanistan were condemned as appeasers. Those of us who did not want to invade Iraq were vilified as appeasers. Yet that is precisely what Obama has done in his pathetic, unbelievable effort to plead with Netanyahu for just 90 days of submission to international law. Obama is an appeaser.

The fact that the West and its political and journalistic elites – I include the ever more disreputable New York Times – take this tomfoolery at face value, as if it can seriously be regarded as another “step” in the “peace process”, to put this mystical nonsense “back on track”, is a measure of the degree to which we have taken leave of our senses in the Middle East.

Three billion dollars for three months is one billion dollars a month to stop Israel’s colonisation. That’s half a billion dollars a fortnight. That’s $500m a week. That’s $71,428,571 a day, or $2,976,190 an hour, or $49,603 a minute. And as well as this pot of gold, Washington will continue to veto any resolutions critical of Israel in the UN and prevent “Palestine” from declaring itself a state. It’s worth invading anyone to get that much cash to stage a military withdrawal, let alone the gracious gesture of not building more illegal colonies for only 90 days while furiously continuing illegal construction in Jerusalem at the same time.

The Hillary Clinton version of this grotesquerie would be funny if it was not tragic. According to the sharp pen of the NYT’s Roger Cohen, La Clinton has convinced herself that Palestine is “achievable, inevitable and compatible with Israel’s security”. And what persuaded Madame Hillary of this? Why, on a trip to the pseudo-Palestine “capital” of Ramallah last year, she saw the Jewish settlements – “the brutality of it was so stark” according to one of her officials – but thought her motorcade was being guarded by the Israeli army because “they’re so professional”. And then, lo and behold, they turned out to be a Palestinian military guard, a “professional outfit” – and all this changed Madame’s views!

Quite apart from the fact that the Israeli army is a rabble, and that indeed, the Palestinians are a rabble too, this “road to Ramallah” incident led supporters of Madame, according to Cohen, to realise that there had been a transition “from a self-pitying, self-dramatising Palestinian psyche, with all the cloying accoutrements of victimhood, to a self-affirming culture of pragmatism and institution-building”. Palestinian “prime minister” Salam Fayyad, educated in the US so, naturally, a safe pair of hands, has put “growth before grumbling, roads before ranting, and security before everything”.

Having been occupied by a brutal army for 43 years, those wretched, dispossessed Palestinians, along with their cousins in the West Bank who have been homeless for 62 years, have at last stopped ranting and grumbling and feeling sorry for themselves and generally play-acting in order to honour the only thing that matters. Not justice. Certainly not democracy, but to the one God which Christians, Jews and Muslims are all now supposed to worship: security.

Yes, they have joined the true brotherhood of mankind. Israel will be safe at last. That this infantile narrative now drives the woman who told us 11 years ago that Jerusalem was “the eternal and indivisible capital of Israel” proves that the Israeli-Palestinian conflict has now reached its apogee, its most treacherous and final moment. And if Netanyahu has any sense – I’m talking abut the Zionist, expansionist kind – he will wait out the 90 days, then thumb his nose at the US. In the three months of “good behaviour”, of course, the Palestinians will have to bite the bullet and sit down to “peace” talks which will decide the future borders of Israel and “Palestine”. But since Israel controls 62 per cent of the West Bank this leaves Fayyad and his chums about 10.9 per cent of mandate Palestine to argue about.

And at the cost of $827 a second, they’d better do some quick grovelling. They will. We should all hang our heads in shame. But we won’t. It’s not about people. It’s about presentation. It’s not about justice. It’s about “security”. And cash. Lots of it. Goodbye Palestine.

1 thought on “Robert Fisk: An American $3 Billion Bribe to Israel That Stinks of Appeasement”