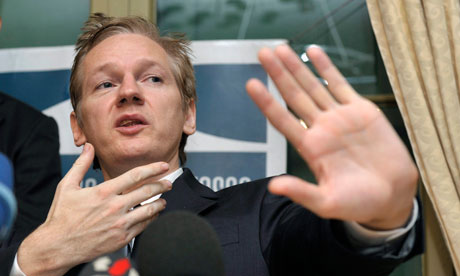 WikiLeaks founder Julian Assange has repeatedly denied allegations relating to two women he met while on a visit to Sweden Photograph: Martial Trezzini/EPA

An international arrest warrant is being issued for the WikiLeaks founder, Julian Assange, after Swedish prosecutors were today granted permission to detain him for questioning in a rape case.

The Stockholm district court approved the request after hearing investigators had been unable to question the 39-year-old Australian on suspicion of rape, sexual molestation and unlawful coercion. The allegations, which Assange has repeatedly denied, relate to two women he met while on a visit to Sweden in August.

Stockholm’s director of public prosecution, Marianne Ny, said in a statement to the court: “So far, we have not been able to meet with him to accomplish the interrogation.” Speaking after the court’s decision she said an international arrest warrant would be issued through Interpol.

Counsel for the women, Claes Borgström, told Swedish newspapers that it was “clear that Julian Assange is in hiding.”

Assange’s whistle-blowing website was behind the biggest leak of US military documents in history.

His London-based lawyer, Mark Stephens, said he had “repeatedly offered to be interviewed, first in Sweden, and then in the UK”, including at the Swedish embassy in London and at a police station in the UK, in person or by phone, and by video conferencing and email.

“All of these offers have been flatly refused by a prosecutor who is abusing her powers by insisting he returns to Sweden,” Stephens said.

He added that Assange, who has made a number of appearances in London recently, left Sweden after the prosecution told his Swedish lawyer, Bjorn Hurtig “that he was free to leave the country without interview”.

According to another source, the Swedish prosecutor had set a date for a formal interview with him, but Assange instead left for London, though did not commit any offence in doing so, where he appeared at a press conference when the Iraq war logs were published. He subsequently decided not to return to Sweden, telling friends he feared he would be arrested if he did so. Stephens denies this account.

Assange was accused of raping one woman and sexually assaulting another woman in separate encounters in Sweden in August. A warrant for his arrest was first issued in August, but dropped within 24 hours when prosecutors said the accusations against him lacked substance. The case was then reopened.

Though no details of the allegations have been released by prosecutors, police leaks said both women had met him in connection with a seminar he gave in Stockholm on 14 August. The women filed their complaints together six days later.

Describing the case as “not a prosecution, but a persecution”, Stephens said the Swedish authorities had a “blatant and deliberate disregard” for Assange’s rights, and that the allegations were “false and without basis”.

He added: “Both women have declared they had consensual sexual relations with our client and that they continued to instigate friendly contact well after the alleged incidents. Only after the women became aware of each other’s relationship with Mr Assange did they make their allegations against him.

Media reports had reported the basis for the rape charge “purely seems to constitute a post-facto dispute over consensual, but unprotected sex days after the event,” he said.

“My client is now in the extraordinary position that, despite his innocence, and despite never having been charged and despite never receiving a single piece of paper about the allegations against him, one in 10 internet references to the word ‘rape’ also include his name.”

The timing of this latest development raised questions among supporters of Wikileaks. Assange has in recent media interviews been promising further Wikileaks disclosures, particularly about Russia. WikiLeaks angered the Pentagon by releasing thousands of classified US war reports from Afghanistan and Iraq. Assange travelled to Sweden in August to seek international legal protection for his website under Swedish law after WikiLeaks published 90,000 leaked documents about US military activities in Afghanistan from 2004-2010.

As one of the first countries to sign up to the European Arrest Warrant scheme in 2004 Sweden can initiate a fast-tracked extradition for Assange from any other EU member state.

The issuing of an international arrest warrant is set to prompt Interpol, the Lyon-based international police intelligence-sharing association, to distribute the warrant in its 188 member countries, opening the way for Assange’s arrest in countries outside Europe. If he is arrested, Sweden’s national authorities would be notified and the country would then be expected to request his extradition to Sweden.

However extraditions from countries which do not fall within the EAW scheme or have their own bilateral agreements are notoriously slow, and do not always result in the arrest and surrender of the wanted person.

• This article was amended on 19 November 2010. The original said that Interpol was based in Paris. This has been corrected.