Proposals that will involve return of 4,000 officers to their home countries strongly endorsed by David Cameron 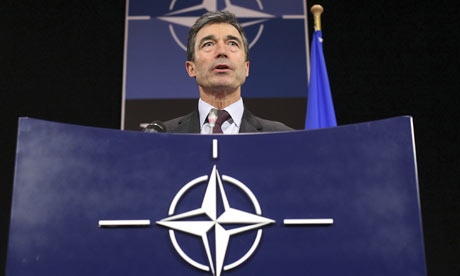 Leaders of the NATO alliance are to endorse cuts of 30% in its military command structure that will see about 4,000 officers return to their home countries.

Under plans to be agreed at the NATO summit, which opens in Lisbon on Friday, the alliance’s 28 leaders will agree to what is being described by officials as a “pruning” of the NATO Christmas tree. The alliance will cut the number of:

• NATO headquarters across the alliance’s 28 members.

The plans, drawn up by the NATO general secretary, Anders Fogh Rasmussen, are strongly endorsed by David Cameron, who is pressing hard for the separate EU budget to be kept under control.

One official said: “Britain has been pushing for at least five years on this on the basis that where national governments are having to look very carefully at their own budgets it is quite right that the international organisations should as well.

“It is right that the same rigour should be applied to NATO budgets, both civil and military.”

The reforms will save Britain tens of millions of pounds a year. Annually, Britain contributes €250m to the funding of NATO. The Foreign Office funds 11.5% of the alliance’s military and infrastructure budget, and the Ministry of Defence 12.5% of its civil budget, which mainly pays for civilian wages and pensions at the NATO headquarters.

The two-day summit will mainly focus on setting out a timetable for transferring security responsibility to Afghan forces and establishing an anti-ballistic missile shield across the NATO alliance. The Afghan handover is expected to start within the next two years.

Rasmussen today told the Financial Times that NATO would not be singling out Iran’s ballistic missiles. This is designed to win the support of Turkey, the most easterly member of NATO, for the defence shield. “We do not want to single out particular countries. More than 30 countries already have – or are aspiring to acquire – missile technologies with a range that can hit NATO territory. So there is no need to single out or name specific countries, because this is an evolving threat.”