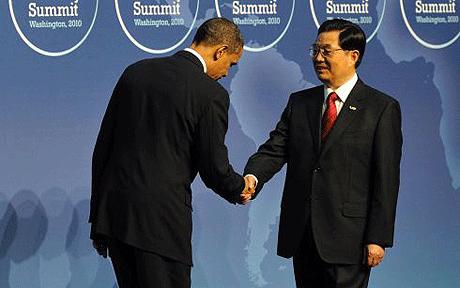 Here’s a finding that will have any red-blooded American spluttering into his cornflakes. According to the Conference Board, a highly respected economic research association, China will overtake the US as the world’s biggest economy by 2012, or within two years.

OK, so in dollar terms, that’s obviously not going to be the case. It will be a lot longer than two years before China overtakes the US on that measure. But in terms of purchasing power parity, according to the Conference Board’s latest world economic outlook, China is already nearly there, and by 2020 will have reached a size of output which is nearly half as big again as the US.

Here’s the Wkipedia link explaining what PPP is, but broadly speaking the idea is to measure output according to the volume, not the price of goods and services produced. The assumption made is that identical goods will have the same price in different markets. In practice, this is obviously not the case. A taxi ride in Beijing, for instance, will cost you approximately a tenth of what it costs in London. But it is essentially the same service.

We all knew that the weight of economic growth had skewed dramatically since the crisis from advanced to emerging market economies, but many in the West don’t yet seem fully to appreciate the speed with which economic and geo-political power is shifting. This is a truly seismic change. How these once irrelevant economies choose to use their new found power is the overarching question of our times.