Britain’s surveillance culture has been expanded out of all proportion to any threats we face – and it’s getting worse, says Alex Deane, director of Big Brother Watch and former chief of staff to David Cameron. 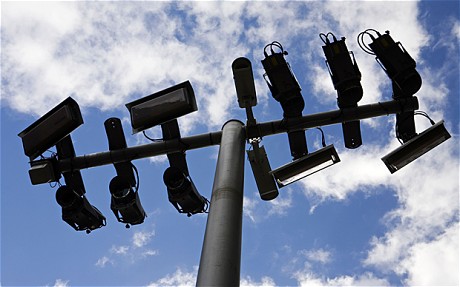 Britons are already the most-watched citizens in the democratic world because of an array of systems including CCTV Photo: PSL IMAGES

Even when Thatcher’s ministers were being pulled from the rubble of the Grand Hotel in Brighton, we never allowed threats to distort our way of life. Now, we let accusations of dog fouling and fiddling school catchment areas to justify unprecedented snooping. We face the prospect of improving technology allowing the state to monitor us in every moment of our lives.

DNA profiles of over a million innocent people are still on the national database, and despite all promises to the contrary such records are still being added.

Local councils authorise themselves to mount covert surveillance of residents under powers meant for serious crimes and terrorism – to catch people putting bins out at the wrong time, for dog fouling, breaking the smoking ban, littering, noise nuisance. It’s entirely out of proportion; the cure is worse than the disease. Innocent victims have no right to know that they were watched, so it’s not scaremongering, but simply stating the obvious, to say it could have happened to you.

Council-run CCTV cameras have trebled in the last ten years. We’re the only country that’s gone so far down this path: the Shetland Islands have more CCTV cameras than San Francisco’s Police Department. The capture and retention of the images of innocent people without their consent is now de rigueur. ‘Nothing to hide, nothing to fear’ we’re told – but the reverse should apply in a free society. If you have done nothing wrong, why should the state record your whereabouts and what you’re doing?

CCTV is being used on a routine basis to monitor and identify peaceful people exercising democratic rights to protest – exercising their freedom of assembly, speech, movement. Automatic Number Plate Recognition takes up to 14 million photographs of vehicles and their occupants each day. The Intercept Modernisation Programme, under which the details of all telephone records and emails are recorded, was too much even for Labour, but the Government plans to continue with it.

Many children have their fingerprints taken in school for registration purposes or in order to get school dinners or library books. Schools are beginning to use facial recognition technology instead of a register.

Our research revealed that 2.6 million households have had microchips installed in their dustbins (and none of them had been told about it). ‘Pay as you throw’ schemes have been banned but chips continue to be installed ‘to encourage recycling’ – it’s the same technology and can be switched to other uses, and it is equally intrusive.

We are building up data sets of personal information which is valuable and open to future abuse, especially given the rapid development of facial mapping. Only a fool would presume that all people in power in future times will be benign.