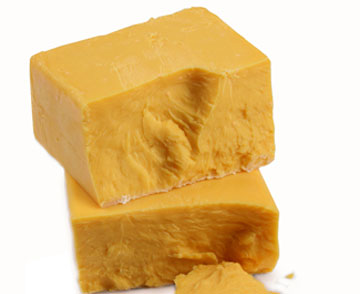 The Government is to distribute some 53 tonnes of free cheese to people in need in the run up to Christmas.

The State has been given more than €818,000 from the EU budget to purchase the cheese and the Irish Dairy Board has been awarded the tender to supply it. More than €750,000 will be spent on the Christmas scheme.

The Minister said the scheme was “an important means of contributing towards the well-being of the most deprived citizens in the community”.

“I am very conscious that many people find themselves in difficult circumstances at present and I want to commend the work of the many charitable organisations who are working on the frontline to bring what comfort and relief they can,” he said. “I am glad to be able to help their work in such a practical way.”

The cheese is available in boxes of 12 1kg blocks from stores in Clondalkin, Portlaoise, Kilmacthomas Waterford, Cobh and Togher Co Cork from November 15th with a “minimum of one box per collection”.

“Fianna Fáil and the Greens gouda be kidding,” he said. “People on the breadline would rather the Government’s unfeta’d attention was on solving the economic crisis they caused and providing jobs rather than on this ridiculous announcement.”

Mr Smith said Fine Gael’s comments demonstrated “a complete lack of empathy with and sensitivity to those who have benefited in the past and will again this year from this EU-funded scheme”.

The reaction to the charity cheese scheme was “deeply offensive, especially to the many charity organisations which rely on it each year”, he said.

He rejected the suggestion that this was the first time the scheme was publicised.

“To try to make political capital out of a very well established EU funded initiative which has benefited the less well off since 1987, and which offers an important outlet to Irish dairy produce, is an unforgivable slight to the great work of Irish charitable organisations.”

Some 350 tonnes of butter was allocated this year by the European Commission, but it was swapped for 315 tonnes of cheese. The 53 tonnes of cheese made available from this month brings the total to 167 tonnes for the year.

Mr Smith said: “Not alone would it benefit people from the point of view of providing good food, but it also promotes the use and the value and the importance and the nutrition of cheese and dairy products.”

He said the EU had always had such a scheme, but this was the first time the Government had issued a press release announcing it.

“It goes to show that they think that providing free cheese will soft-soap the electorate and make us all forget the mess Fianna Fáil made of the country and the hardship Brian Lenihan will inflict on everyone. It won’t. At least this announcement has exposed Fianna Fáil and the Greens’ true attitude when it comes to the Irish people: Let them eat cheese.”

Permits are being issued to applicants to facilitate collection. Further information and application forms are available from the Department of Agriculture’s intervention operations department at Johnstown Castle, Co Wexford.

According to the Department of Agriculture, the programme of food aid was first introduced in 1987 as a reaction to conditions faced by deprived persons during a particularly harsh winter. Its primary objective is considered to be a “social measure” but it also has the effect of reducing the intervention storage costs at EU level.

Because of the reduction of the stocks in intervention the commission has been granting cash to buy products on the open market instead in recent years.