– Max Keiser on the Middle Class And Revolution

Max is already well known in Greece for exposing the bankster, government and IMF agenda: 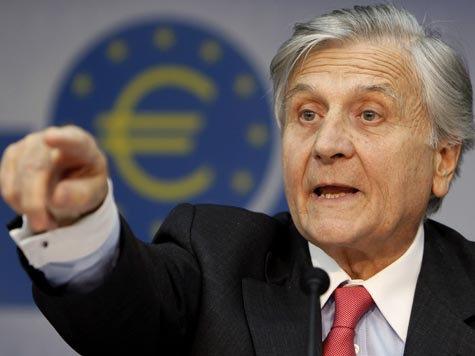 The ECB turned down a request and an appeal by Bloomberg News to release two briefing documents officials drafted for the central bank’s six-member Executive Board in Frankfurt this year. The notes outline how Greece used the swaps to hide its borrowings, according to a March 3 note attached to the papers and obtained by Bloomberg News.

“The information contained in the two documents would undermine the public confidence as regards the effective conduct of economic policy,” Trichet wrote in an Oct. 21 letter in which he rejected the appeal. Disclosure “bears, in the current very vulnerable market environment, the substantial and acute risk of adding to volatility and instability.”

The ECB is withholding the information six months after the European Union and International Monetary Fund led a 110 billion-euro bailout ($154 billion) for Greece. The government didn’t originally disclose the swaps, which were designed to help it comply with the deficit and debt rules it agreed to meet when it joined the euro in 2001. Eurostat, the EU’s statistics agency, is still trying to work out how Greece hid the deficit.

The Greek swaps fueled a financial crisis that threatened the breakup of the region’s currency. The government now says the swaps, some of which were arranged by Goldman Sachs Group Inc., may have caused “long-term damage” for taxpayers.

“There’s only one solution to resolving the current uncertainty: full disclosure,” said Gustavo Piga, author of “Derivatives and Public Debt Management,” and a professor at Tor Vergata University in Rome. “The ECB, the European Commission and Eurostat need to show that they are aware of all the transactions and that they have no issue in disclosing them. The market has been left to think the worst.”

Investor confidence in Greece’s ability to repay its debt is weakening. The extra yield investors demand to hold the nation’s 10-year government bonds instead of German 10-year bunds climbed to 893 basis points on Nov. 4, up from a four- month low of 649 on Oct. 18. The spread set a record of 965 on May 7.

The IMF, which published a sensitivity analysis of Greece’s debt in September, said it identified 5 billion euros of swaps that could increase public borrowings. Officials at the Washington-based fund declined to comment beyond the report.

Eurostat will by Nov. 15 publish revised budget deficit figures for Greece that will take into account the effect of the swaps. Tim Allen, a spokesman for Eurostat, said the agency has everything it requested from Greece. The agency is currently examining data sent to Greece’s statistics office.

The government has given Eurostat all relevant details on the transactions, said a finance ministry official in Athens who declined to be identified. The impact of the swaps on the deficit is “small,” the official wrote in an e-mail, declining to elaborate.

“Given the history of transparency with respect to Greece, which we all know is pretty bad, it would be a big mistake by the ECB to refuse this” request, said Manfred Neumann, a professor of economic policy at the University of Bonn. “Voters will be more suspicious than they used to be. In my view, there is no defense for not publishing.” Neumann led a group of 155 economists who in 1998 called for a delay in creation of the euro in part because countries hadn’t cut deficits sufficiently.

The ECB must consider demands for access to public documents under a March 2004 EU directive. Individuals and companies can subsequently appeal to the European Ombudsman, which reports to Parliament, and the European Court of Justice.

“As citizens of the EU have every right to know how their taxes are being used to bail out secret financial deals between a government and its bankers, we are considering legal options in the pursuit of transparency and the public interest that may take us to the European Court of Justice in Luxembourg,” Bloomberg News Editor-in-Chief Matthew Winkler said.

The first document is entitled “The impact on government deficit and debt from off-market swaps: the Greek case.” The second reviews Titlos Plc, a securitization that allowed National Bank of Greece SA, the country’s biggest lender, to exchange swaps on Greek government debt for funding from the ECB. It also discusses the existence of similar transactions, the Executive Board said in the cover note for the briefings.

The ECB in its note proposed to change how EU members account for swaps based on Greece’s experience. The executive board, which Trichet heads, manages the bank and oversees its implementation of monetary policy. Members include Vitor Constancio, the ECB’s vice president, and Juergen Stark, the chief economist.

The briefings give officials’ views on the impact of the swaps and analyze how the Titlos transaction would affect “the Eurosystem collateral framework, and associated risk control measures,” Trichet said in his reply to Bloomberg.

“Releasing the two documents would undermine the possibility of ECB’s staff to freely submit uncensored advice to the ECB’s decision-making bodies and that they would be subject to external pressure thus limiting the ECB’s space to think,” Trichet said in his letter.

The European Commission is responsible for overseeing national deficits and Eurostat reviews the statistics. While the ECB is the EU’s most powerful economic institution, its main remit is setting interest rates and fighting inflation. The central bank doesn’t directly oversee national accounts.

It was April 2009, seven months before the Greek crisis erupted, when ECB officials first spotted “a swap operation in unusual terms,” according to the March 3 document.

After uncovering Titlos, the ECB’s Governing Council, the bank’s main decision-making body, commissioned the two reports, the first from its Statistics unit and the second from its Market Operations and the Risk Management divisions. Bloomberg is seeking copies of both reports.

The ECB declined to comment on the March 3 note and on the outcome of previous public access requests.

Greece was also in April 2009 considering selling bonds in dollars and yen, the first time it would have sold non-euro debt since 1998. The government then forecast that the deficit would fall to 3.7 percent of gross domestic product in 2009 and that debt would rise to 96.3 percent of GDP in 2009. Greece now says the deficit for that year exceeded 15 percent. The country’s debt amounted to at least 115 percent of GDP, according to Eurostat. Greece hasn’t sold bonds with maturities longer than 12 months since March.

“Disclosure could, of course, help with working through what happened, who knew what at what time,” said Carsten Brzeski, a senior economist at ING Groep NV in Brussels who used to work at the European Commission. “Everyone knows they’ll have to watch out for swap arrangements.”