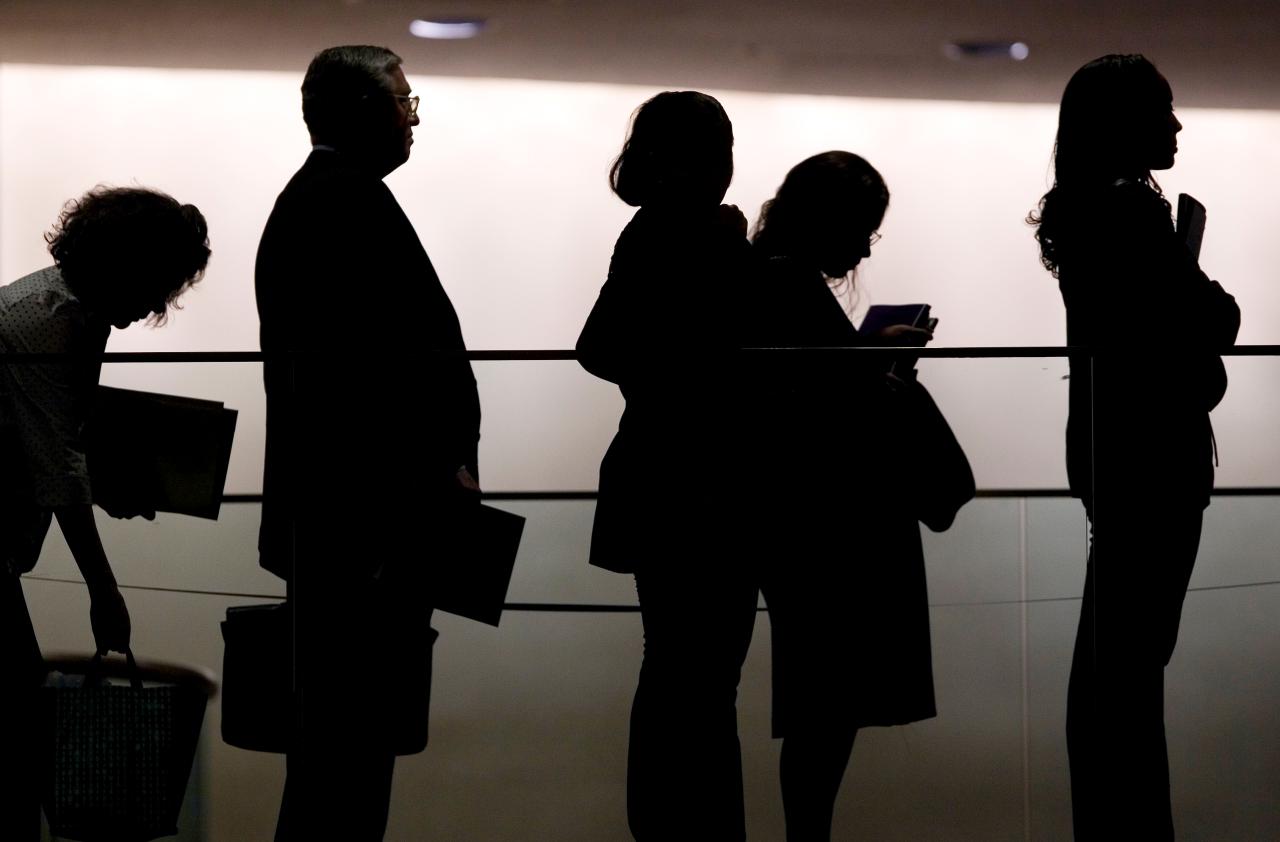 The increase undermines hopes that unemployment claims, after falling four times in the previous five weeks, were on a sustained downward trend. That would signal layoffs were slowing and hiring was picking up. Instead, claims remain stuck at an elevated level.

The Labor Department said Thursday that initial claims for unemployment aid rose by 20,000 to a seasonally adjusted 457,000 for the week ending Oct. 30. Wall Street analysts polled by Thomson Reuters had expected a smaller rise.

Claims have fluctuated around the 450,000 level all year. They will need to drop below 425,000 to signal sustained job gains.

“Those looking for an imminent spurt of job creation are, for yet another week, likely to be disappointed,” said Dan Greenhaus, chief economic strategist at Miller Tabak, in a note to clients.

The weekly applications for unemployment benefits are volatile, but are considered a real-time snapshot of the job market. They reflect the pace of layoffs and indicate whether companies are hiring.

Separately, labor productivity rebounded in the July-September quarter, rising by 1.9 percent, after falling in the previous quarter.

But even with the decline, productivity, or output per hour worked, is still growing at a much weaker pace than last year. That could be a positive sign that companies will have to step up hiring to meet growing demand.

Claims fell steadily last year, from about 600,000 in June 2009 when the recession ended to about 470,000 at the end of the year. There has been only minor improvement since then.

The unemployment claims report comes one day before the Labor Department is scheduled to release the jobs figures for October. Economists project that report will show that employers added a net total of 60,000 jobs last month, while the unemployment rate remained 9.6 percent for the third straight month.

A gain of 60,000 jobs is far below the 200,000 jobs a month needed to keep up with population growth and to help get some of the 15 million unemployed back to work.

The number of people continuing to claim unemployment benefits dropped by 42,000 to 4.34 million, the lowest since November 2008.

The emergency benefits program, extended several times by Congress, is set to expire at the end of this month. Many analysts doubt Congress will extend it again. That could cause as many as 1 million people a month to lose benefits, according to the National Employment Law Project, a nonprofit group.

Some companies are hiring. Richmond, Va.-based CarMax, the nation’s largest used car chain, said Wednesday that it is hiring more than 1,200 people in sales, service and other operations.

At the same time, some struggling firms are still cutting staff. Biotech company Biogen Idec Inc. said Wednesday that it is laying off 13 percent of its work force, or 650 employees, to cut costs.