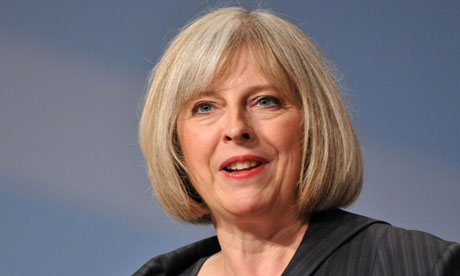 Theresa May during a speech at the Conservative conference Home secretary Theresa May has announced a review of air cargo security. Photograph: Nils Jorgensen / Rex Features

Senior counter-terrorism officials warned that al-Qaida has exposed a blind spot in international aviation security by successfully smuggling bombs onto commercial cargo planes bound for the US.

One official told the Guardian that the bomb inside a computer printer discovered at East Midlands airport on Friday, en route from Yemen to Chicago, was “one of the most sophisticated we’ve seen … The naked eye won’t pick it up, experienced bomb officers did not see it, x-ray screening is highly unlikely to catch it.”

Saudi Arabian intelligence was tipped off by an informant leading to the discovery of the devices at East Midlands airport and Dubai airport. A special team of officers from MI5, MI6, and GCHQ, which works closely with the Metropolitan police’s counter-terrorism branch, was activated as soon as the Saudi Arabian authorities tipped off US and UK intelligence agencies.

The home secretary, Theresa May, said the devices could have exploded over the UK or the US as it emerged that the bomb found in the UK was first missed by investigators and was only picked up during a second check.

“The package was examined and declared safe,” said a Metropolitan police spokesman. “It was subsequently re-examined as a precaution.”

In a further development which added to concern over the ease with which the explosive material used in the devices – Pentaerythritol tetranitrate, or PETN – can be passed through all kinds of airport security, Qatar Airways said the bomb found in Dubai had travelled on two separate passenger aircraft without being picked up.

The airline said the devices could not be picked up by x-ray screening or sniffer dogs.

“There is no way of picking out PETN,” said the British counter-terrorism official. “It is a continued vulnerability.”

The bombs were “sophisticated and very well-disguised”, another well-placed official said.

The same explosive was used in the device smuggled aboard a flight to the US on Christmas Day last year, the so-called underpants bomb which only partially ignited.

May announced a review of air cargo security despite aviation industry calls for restraint because of fears that tougher rules could have a major economic impact. “We will be talking to the industry about those measures,” she said. “We are well aware of the economic aspects of freight travel.”

She said the discovery of the explosive devices, thought to have been planted by al-Qaida in the Arabian peninsula, strengthened the argument that tough security measures for passenger air travel should stay in place despite calls last week for them to be scaled back. BA’s chairman, Martin Broughton, called many of the checks “completely redundant” and demanded a rethink.

This weekend the Department for Transport ordered UK airport owners to review every aspect of their cargo security and to ensure “everybody involved is doing what they should be doing”.

Lord Carlile, the independent reviewer of the government’s anti-terrorism legislation, said the initial failure to spot the bomb at East Midlands airport represented a weakness in what had otherwise been a successful operation. “We must have a look at the technology to ensure that it’s absolutely up to date,” he said. “This is all about trying to keep one step ahead of terrorists.”

Carlile said air cargo routes have been a vulnerable part of the international infrastructure for some years, citing his visit three years ago to DHL, one of the world’s largest parcel carriers which operates at East Midlands airport, when management expressed concern at the security risk posed to its operations. He said the company handled 10,000 packages a day to the US alone and it was impossible to scan them all.

There was uncertainty about the bombers’ precise intent. British counter-terrorism officials initially believed the plot was either a dry run or, more likely, simply an attempt to provoke panic.

These assumptions were shattered when scientists at the Defence Science and Technology Laboratory at Fort Halstead in Kent on Saturday concluded that the device was what ministers described as “professionally built”.

May, who chaired the government’s Cobra emergency response meeting on Saturday said it became clear “overnight Friday and into Saturday was that it was indeed a viable device and could have exploded”. But she said the terrorists’ use of freight planes made it uncertain where that might have happened.

“As I understand it, with these freight flights sometimes the routing can change at the last moment so it is difficult for those who are planning the detonation to know exactly where – if it is detonated to a time, for example – exactly where the aircraft will be,” she said.

Tory MP Patrick Mercer, a former shadow minister of homeland security, said the plot seemed to be more intended for public relations effect than to guarantee fatalities, and the failure of the bombs to explode on the planes suggested they emerged from “a kitchen sink operation”.

The bombs were addressed to Chicago synagogues, which also cast doubt on whether the perpetrators wanted the devices to detonate aboard the planes or at their destination.

Mark Gardner, of the Community Safety Trust, said Britain’s Jewish communities were already on heightened alert and urged them to take even more stringent measures to protect against the possibility of attack.

Mercer said he thought the terrorists’ best hope for creating chaos would have been for the planes to explode in mid-air above Chicago airport but he claimed they were likely to have considered the chances of such an outcome as remote.