The government’s estimate, projected through 2013, represents a worst-case scenario that assumes a double-dip recession. The mortgage giants have received about $148 billion in taxpayer funds. 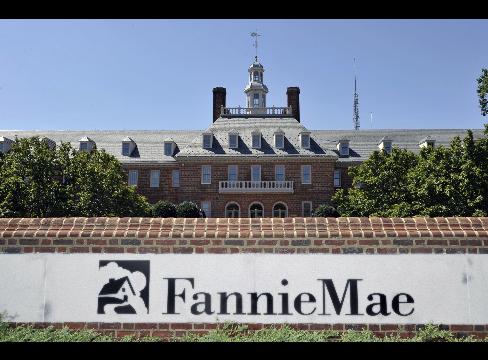 Reporting from Washington —The cost for the huge government bailouts of housing finance giants Fannie Mae and Freddie Mac will grow — and possibly more than double to $363 billion — over the next three years.

But the final taxpayer loss depends mainly on the health of the economy and the real estate market, a federal regulator said Thursday.

The mounting cost of the Fannie and Freddie bailouts has drawn fire from Republicans. They have blamed the firms for triggering the subprime mortgage problems during the housing boom and have blasted the Obama administration for continuing to prop them up.

“No matter what the final cost, the bailout of Fannie and Freddie will be by far the most expensive component of the federal government’s intervention into the financial system,” Rep. Scott Garrett (R-N.J.) said.

But Jeffrey Goldstein, the Treasury Department’s undersecretary for domestic finance, said the projections show that “in the most likely economic scenario, nearly 90% of the losses at Fannie Mae and Freddie Mac are already behind us.”

He noted that those losses and additional projected losses would come from the further erosion of the value of loans, particularly subprime mortgages, that Fannie and Freddie bought before the seizures of the former government-sponsored enterprises.

If housing prices recover more quickly than expected, the two companies would need a combined $73 billion on top of the $148 billion they already have received in bailout funding, according to new projections from the Federal Housing Finance Agency.

If prices stay on their current course, the bailouts would total $238 billion.

But if the economy falls into a deep, double-dip recession, the total bailout would reach $363 billion, said the agency, which has regulated Fannie and Freddie since they were seized in 2008.

“These are not predictions; the results reflect the potential effects of a limited set of hypothetical changes in house prices, a key variable driving credit losses for the enterprises,” said Edward J. DeMarco, the housing finance agency’s acting director.

The scenarios are similar to ones used for government stress tests of major banks last year.

The estimates include dividend payments that Fannie and Freddie pay to the Treasury Department for the government loans they have received. But the companies have to borrow taxpayer money to pay the 10% dividends, so those costs — $13 billion so far — are double-counted.

Excluding past and future dividend payments, the price tag for the bailouts would range from $142 billion in the best-case scenario to $259 billion in a deep double-dip recession.

In addition, analysts said Fannie and Freddie could recover billions of dollars from banks by forcing them to repurchase mortgages and mortgage-backed securities based on flawed loans or other misrepresentations to the companies.

In the first half of this year, about $6 billion in defective loans held by Fannie and Freddie were repurchased by banks, with projections of an additional $22 billion through 2012, according to a report this week by RBS Securities Inc.

Recovering those losses could amount to tens of billions of dollars, said Greg Reiter, an analyst at RBS. Still, taxpayers will never come close to recovering the money they have pumped into Fannie and Freddie, he said.

With losses mounting in September 2008 because of the collapse of the housing market, Fannie and Freddie were seized by Bush administration officials and placed into government conservatorship. Taxpayers now own 79.9% of the two companies.

DeMarco told a House subcommittee last month that taxpayer losses from Fannie and Freddie probably wouldn’t top $400 billion, as some have feared, but did not provide specific data then.

Last December, concerns mounted about the potential cost of the bailouts after the Obama administration lifted a $400-billion cap through 2012. Officials said they did so to provide certainty to the real estate market that the government would stand behind the agencies as lawmakers and the White House began wrestling with their future.

Still, many Republicans have complained that the recently enacted financial reform law did not deal with the future of the two entities.

But the law did call for the administration to produce a plan by January, and Congress has been conducting hearings on the fate of Fannie and Freddie and the broader question of government involvement in the housing finance market.

Goldstein of the Treasury Department said that the Obama administration is “firmly committed to delivering a comprehensive reform proposal in the coming months” and that the government’s role in the housing market, although necessary in the short term, “is simply not acceptable for the long term.”

Fannie Mae and Freddie Mac are almost singlehandedly keeping the housing finance market going as investors have fled because of the financial crisis and deep recession. Together, they hold about $1.6 trillion worth of mortgage loans.