– Europe: Meat From Cloned Animals to Enter The Food Chain ‘Through An Open Door’ 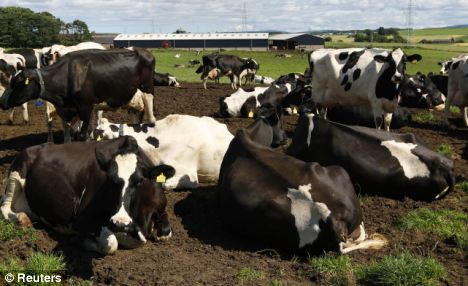 The sale of meat and milk from the offspring of cloned farm animals is set to be backed by EU Commissioners despite mass consumer opposition.

A huge majority of the public is against clone animal farming, according to studies in Britain and across Europe.

Concerns surround the ethics of the process, the welfare of the animals and a lack of research on food safety. However, a leaked report to be discussed by the EU’s College of Commissioners today comes out in favour of food from the offspring of clones.

Alarmingly, it appears this food would not have to be labelled, leaving families completely in the dark about what they are putting in their mouths.

Specifically, the report proposes a temporary five-year ban on the sale of meat and milk from clones, but there would be no ban on food from their offspring.

If this policy is adopted, European farms could be populated by cloned supersize animals used as breeding stock for cows, pigs and sheep that are reared for food.

Clones themselves can suffer a range of painful conditions, including malformed organs and gigantism. Many die in the womb or soon after birth. 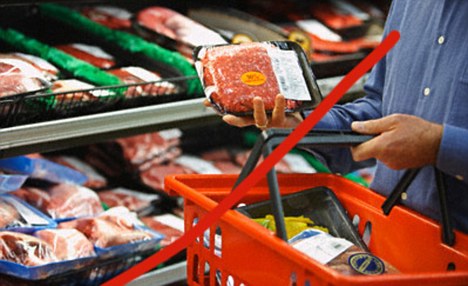 What’s in your shopping bag? The Daily Mail revealed how meat from two clone-offspring bulls and one veal calf had been sold in butcher shops in Scotland, North-East England, London and Belgium

But the Commission and the Government take the view that meat and milk from the offspring of a clone is effectively normal and therefore no ban or labelling is required.

The Daily Mail revealed in the summer that more than 100 cattle – pedigree Holstein milking cows – which are the offspring of clones are being raised on British farms.

We also revealed how meat from two clone-offspring bulls and one veal calf had been sold in butcher shops in Scotland, North-East England, London and Belgium.

The Food Standards Agency has made clear it believes it is illegal to sell meat and milk from these sources without first getting its approval.

Food and farming minister Caroline Spelman supports the move to force meat and milk from clone offspring into supermarkets.

The idea that the European Commission and the Government are putting the interest of high-tech clone farmers over the concerns of consumers and animal welfare has angered critics.

The attitude has echoes of the BSE crisis and the way biotech firms tried to force GM food into the national diet.

A 2008 EU study found consumers across Europe are unhappy at this new era of ‘Frankenstein food’ farming.

Eighty-seven per cent of Britons said too little is known about the long-term health and safety effects of eating food from these animals.

A separate study for the FSA found that the more consumers learned about cloning, the greater were the objections. The vast majority said food derived from these animals should be labelled.

Even if the Commissioners and the Government back the sale of food from clone offspring, this is not final. MEPs and other, more sceptical, nations could try to block the policy.