A 24-hour strike has shut down rail service in Belgium and severely disrupted travel in northwestern Europe. Disruptions are expected to last until Tuesday morning. 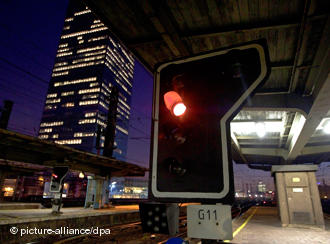 Brussels is at a standstill

A 24-hour strike by one of Belgium’s main rail unions has forced the cancellation of nearly all high-speed rail service in and out of the country and severely disrupted the national network.

The strike, which began affecting the international trains linking Belgium to France, Germany the United Kingdom and the Netherlands on Sunday evening, has shut down the country and led to massive traffic jams.

“Not one train is rolling in [the Southern province of] Wallonia or in Brussels. In [the Northern province of] Flanders, only a handful of trains are moving,” a spokesman for Belgian rail network operator Infrabel told the Belga news agency.

Eurostar canceled trains between the northern French city of Lille and Brussels until 10 p.m. local time Monday, though said the Paris-London line would not be affected.

But trains coming from London to Brussels will end at Lille, with buses taking passengers the rest of the way to the Belgian and European Union capital. All Thalys service to and from neighboring countries has been stopped.

The CGSP union, the largest in Belgium’s rail company SNCB, called the strike to protest a deadlock in negotiations over working conditions and job losses.

Coinciding with ongoing protests in France, the walkout has led to blocked rail transport across much of northwestern Europe.

Normal service in Belgium was set to resume late Monday, but service disruptions were expected to last until Tuesday morning.