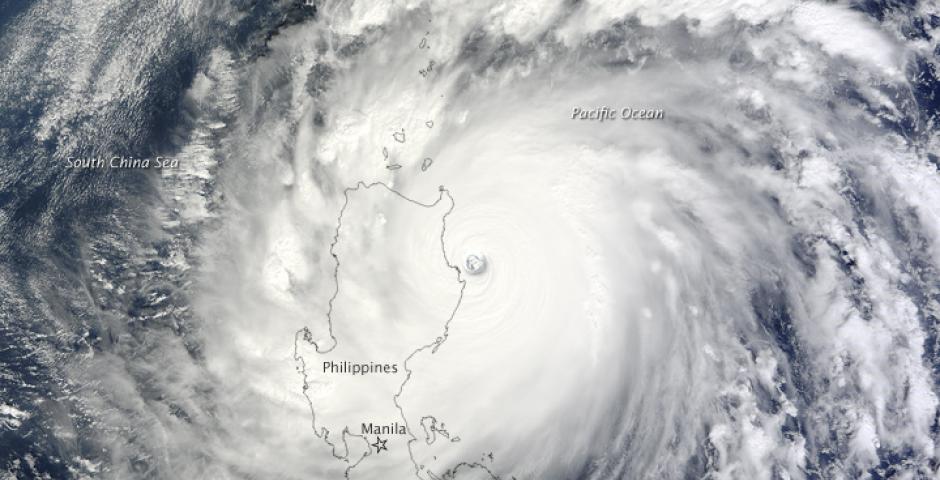 Oct. 18 (Bloomberg) — The Philippines, the world’s biggest rice buyer, may lose 600,000 metric tons of the crop as Supertyphoon Megi, the strongest to hit the nation this year, strikes some of the nation’s biggest producing areas, a government official said. Rice futures advanced.

“Once the typhoon hits those areas, the crop will be affected,” Agriculture Undersecretary Antonio Fleta said in a phone interview from Manila. “Even if farmers harvest the damaged rice, they’d have a hard time drying the grain. There may not be much left to sell.”

About 157,000 hectares of land planted to rice in Cagayan and Isabela provinces may be in the path of the typhoon, Fleta said. Megi has sustained winds of 270 kilometers (168 miles) per hour, the U.S. Navy Joint Typhoon Warning Center said, making it a Category 5 storm capable of catastrophic damage.

Half of the planted areas in the two provinces are ready for harvest and the rest are in the reproductive stage, leaving them susceptible to damage, Fleta said.

Damage to Philippine crops would come amid production losses in other countries, further curbing the global harvest and potentially sustaining a rally in prices.

Rough-rice futures have surged 43 percent from this year’s low of $9.55 per 100 pounds on June 30 as flooding in Pakistan and dry weather in the U.S. cut harvests. The contract for November delivery advanced for a fifth consecutive day today, gaining 0.3 percent to $13.655 on the Chicago Board of Trade at 12:10 p.m. Singapore time.

“I think it may have some effect, even on U.S. rice prices,” said Chookiat, who advises the export group. Thai rice prices may rise by as much as $20 a ton, he said.

The price of 100 percent Grade-B Thai white rice, the Asian benchmark, dropped 0.2 percent from a week earlier to $510 a ton in the week ended Oct. 6, according to the Thai Rice Exporters Association.

The Food & Agriculture Organization of the United Nations pared its estimate for global rice production on Sept. 1 for the second time since April as lower water levels in the Mekong River cut yields in Thailand and Vietnam, the world’s two biggest exporters, and after the floods in Pakistan.

The rice harvest in the U.S., the world’s fourth-largest exporter last year, may be at least 10 percent smaller than estimated, missing a forecast for record output and pushing prices to as high as $17 per 100 pounds, Dwight A. Roberts, president of the U.S. Rice Producers Association, said last week. Roberts correctly predicted the grain would peak at $16 last year.

The U.S. Department of Agriculture lowered its estimate for for this year’s U.S. rice paddy production by 5 percent to 11 million tons and forecast that average yield per acre would drop to the lowest since the 2005-2006 season.

The Philippines issued its highest alert for Megi as the storm headed for landfall in Luzon island. The storm made landfall at Divilacan, Isabela province, at about 11:30 a.m., Benito Ramos, administrator at the Office of Civil Defense, said by phone.

The nation’s rough rice production was forecast to be little changed from a year earlier at 16.266 million tons this year, after El Nino, which causes drier-than-normal weather, parched crops, according to the July estimate by the Bureau of Agricultural Statistics.

The country’s milled-rice demand was estimated by the USDA at 13.7 million tons this year. That’s about 21 million tons of rough rice, according to Bloomberg calculations, based on the nation’s milling recovery rate of 65 percent.