After calling  gold the ultimate bubble George Soros did this :

–  George Soros Dumps US Equities – Did He Buy Even More Gold?

–  George Soros not only doubled his gold investment, but also bought call options 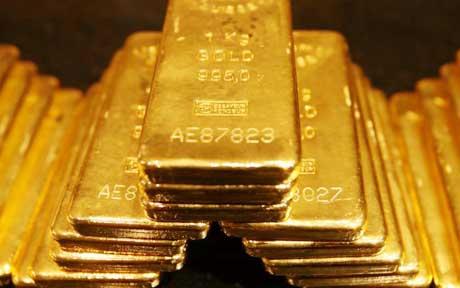 GENEVA (Reuters) – The world’s wealthiest people have responded to economic worries by buying gold by the bar — and sometimes by the ton — and by moving assets out of the financial system, bankers catering to the very rich said on Monday.

Fears of a double-dip downturn have boosted the appetite for physical bullion as well as for mining company shares and exchange-traded funds, UBS executive Josef Stadler told the Reuters Global Private Banking Summit.

“They don’t only buy ETFs or futures; they buy physical gold,” said Stadler, who runs the Swiss bank’s services for clients with assets of at least $50 million to invest.

UBS is recommending top-tier clients hold 7-10 percent of their assets in precious metals like gold, which is on course for its tenth consecutive yearly gain and traded at around $1,314.50 an ounce on Monday, near the record level reached last week.

“We had a clear example of a couple buying over a ton of gold … and carrying it to another place,” Stadler said. At today’s prices, that shipment would be worth about $42 million.

Julius Baer’s chief investment officer for Asia is also recommending that wealthy investors park some of their assets in gold as a defensive stance following a string of lackluster U.S. data and amid concerns about currency weakness.

“I see gold as an insurance,” Van Anantha-Nageswaran said. “I recommend 10 percent as minimum in portfolios and anything more than that to be used for trading purposes, to respond to short-term over-bought or over-sold signals.”

Billionaire financier George Soros, echoing comments from investment guru Warren Buffett, last month described gold as the “ultimate bubble” because it is costly to dig up and has no real value except its market price.

But a rising price for the precious metal has in itself generated more and more demand from investors looking for a way to hedge against a fresh recession. Gold bears no yield and is uncompetitive in an environment of rising interest rates.

The uneasy outlook for inflation, hard currencies and global growth has triggered a five-fold increase in a physical gold fund launched by Pictet one year ago, the Swiss private bank said.

UBS’s Stadler said the precious metal has become a staple of investors’ portfolios, despite questions about whether it makes for a smart long-term investment.

“If you talk to ultra-high net worth individuals, that level of uncertainty has never been higher in the last two, three, four years,” he said. “If they ask me, ‘Is inflation going up or are we entering a deflationary cycle?,’ I don’t know. But obviously nobody knows.”

Anthony DeChellis, managing director of Credit Suisse’s Americas private banking unit, said at the Reuters summit in New York that clients are more interested in capitalizing on the rise in gold prices than using the precious metal as a safe-harbor investment.

“They’re asking, ‘If it’s a bubble, how far can I ride that bubble,'” he said. “I cannot say we’ve seen a spike in gold interest, but there’s an interest in the phenomenon of it.”

“I wouldn’t say that clients are over-investing. It’s part of an asset allocation, but it’s not something that they are deciding all of a sudden,” he said.

And not all bankers are recommending exposure to gold.

Andreas Wolfer, head of private banking at UniCredit Group, attributed the run-up in the price of gold to frayed investor nerves after the 2008 financial crisis as well as concerns about sovereign debt in the euro zone.

“We have seen it but we have not overweighted it in our asset allocation,” Wolfer told the Reuters summit in Geneva, which has emerged as a major trading hub for precious metals as well as other physical commodities.

“We strongly believe in an asset allocation having a clear and diversified portfolio, which sounds a bit boring but in the end it brings the best returns,” Wolfer said.