And the US government knows exactly when and where Al-Qaeda will strike:

Expect, if anything, another inside job! 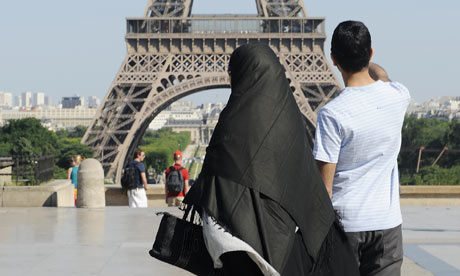 The Eiffel Tower has been evacuated twice in two weeks over security fears. Photograph: Gonzalo Fuentes/Reuters

The US government is to warn its citizens to stay away from high-profile sites in Europe amid renewed fears over al-Qaida terrorist attacks, reports said today.

US and UK officials are understood to have been in contact over the possibility of a broad alert being issued, possibly as early as today, with significant implications for tourism across Europe.

High-profile tourist sites and transport hubs are expected to be highlighted as potential targets for an attack.

However, reports suggested the warning was likely to be vague and urged people to be cautious rather than cancelling their travel plans altogether.

A senior US state department official said: “We are considering issuing an alert [today]. The bottom line is travel, but be vigilant.”

PJ Crowley, a state department spokesman, would not comment on specific threats, but said the US remained focused on al-Qaida threats to US interests and would take appropriate steps to protect Americans.

The warning comes a week after intelligence officials in Britain intercepted a credible Islamist-linked terror plot.

The attack would reportedly have been similar to the deadly commando-style raids in Mumbai, India, two years ago, with cities in France and Germany also targeted.

On Tuesday, the Eiffel Tower, in Paris, was evacuated following a bomb threat called in from a telephone box – the second such alert at the landmark in two weeks. A search by bomb experts found nothing unusual, and the tower was reopened within hours.

There has been speculation that Osama bin Laden could be masterminding the latest plots personally.

On Friday, Sweden announced it had raised its alert alert to the highest status ever because of an increased threat of terror attacks.

A Home Office spokeswoman confirmed that the UK’s terror threat rating remained at “severe”, the second highest rating, where it has been since being increased from “substantial” in January.

There has been an upsurge in US drone raids in Pakistan in recent weeks as Nato targets Islamist militants. The US has carried out at least 25 drone strikes in Pakistan’s tribal areas so far this month – the highest monthly total for the past six years, US media reported.

US officials have been pushing Pakistan to increase its search for al-Qaida militants, who are believed to be hiding in a mountainous border region in the country.