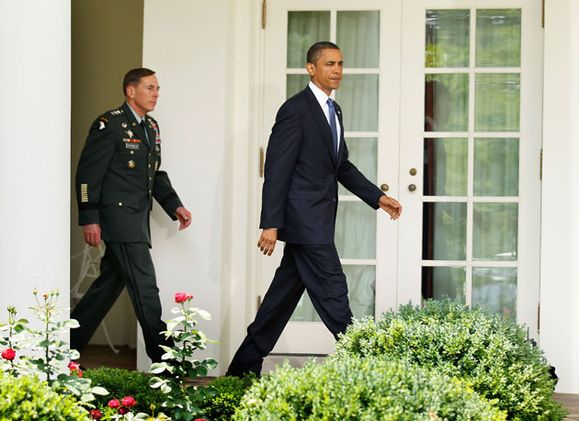 The US Central Intelligence Agency is running and paying for a secret 3,000-strong army of Afghan paramilitaries whose main aim is assassinating Taliban and al-Qa’ida operatives not just in Afghanistan but across the border in neighbouring Pakistan’s tribal areas, according to Bob Woodward’s explosive book.

Although the CIA has long been known to run clandestine militias in Afghanistan, including one from a base it rents from the Afghan president Hamid Karzai’s half-brother in the southern province of Kandahar, the sheer number of militiamen directly under its control have never been publicly revealed.

Woodward’s book, Obama’s Wars, describes these forces as elite, well-trained units that conduct highly sensitive covert operations into Pakistan as part of a stepped-up campaign against al-Qa’ida and Afghan Taliban havens there. Two US newspapers published the claims after receiving copies of the manuscript.

The secret army is split into “Counterterrorism Pursuit Teams”, and is thought to be responsible for the deaths of many Pakistani Taliban fighters who have crossed the border into Afghanistan to fight Nato and Afghan government forces there.

There are ever-increasing numbers of “kill-or-capture” missions undertaken by US Special Forces against Afghan Taliban and foreign fighters, who hope to drive rank-and-file Taliban towards the Afghan government’s peace process by eliminating their leaders. The suspicion is that the secret army is working in close tandem with them.

Although no comment has been forthcoming, it is understood that the top US and Nato commander in Afghanistan, Gen David Petraeus, approves of the mission, which bears similarities to the covert assassination campaign against al-Qa’ida in Iraq, which was partially credited with stemming the tide of violence after the country imploded between 2004 and 2007.

The details of the clandestine army have surprised no one in Kabul, the Afghan capital, although the fact that the information is now public is unprecedented. There have been multiple reports of the CIA running its own militias in southern Afghanistan.

The operation also has powerful echoes of clandestine operations of the 1990s, when the CIA recruited and ran a militia inside the Afghan border with the sole purpose of killing Osama bin Laden. The order then that a specially recruited Afghan militia was “to capture him alive” – the result of protracted legal wrangles about when, how and if Osama bin Laden could be killed – doomed efforts to assassinate him before 9/11.