A mind reading machine is a step closer to reality after scientists discovered a way of translating people’s thoughts into words. 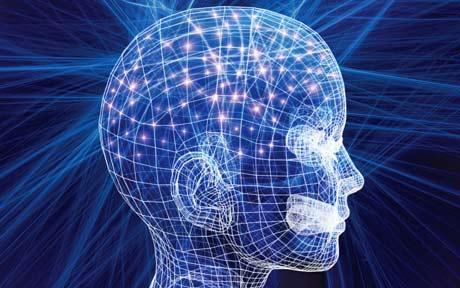 Researchers have been able to translate brain signals into speech using sensors attached to the surface of the brain for the first time.

The breakthrough, which is up to 90 per cent accurate, offers a way to communicate for paralysed patients who cannot speak and could eventually lead to being able to read anyone thoughts.

“We were beside ourselves with excitement when it started working,” said Professor Bradley Greger, a bioengineer at Utah University who led the team of researchers.

“It was just one of the moments when everything came together.

“We have been able to decode spoken words using only signals from the brain with a device that has promise for long-term use in paralysed patients who cannot now speak.

“I would call it brain reading and we hope that in two or three years it will be available for use for paralysed patients.”

The experimental breakthrough came when the team attached two button sized grids of 16 tiny electrodes to the speech centres of the brain of an epileptic patient. The sensors were attached to the surface of the brain The patient had had part of his skull removed for another operation to treat his condition.

Using the electrodes, the scientists recorded brain signals in a computer as the patient repeatedly read each of 10 words that might be useful to a paralysed person: yes, no, hot, cold, hungry, thirsty, hello, goodbye, more and less.

Then they got him to repeat the words to the computer and it was able to match the brain signals for each word 76 per cent to 90 per cent of the time. The computer picked up the patinet’s brain waves as he talked and did not use any voice recognition software.

Because just thinking a word – and not saying it – is thought to produce the same brain signals, Prof Greger and his team believe that soon they will be able to have translation device and voice box that repeats the word you are thinking.

What is more, the brains of people who are paralysed are often healthy and produce the same signals as those in able bodied people – it is just they are blocked by injury from reaching the muscle.

The researchers said the method needs improvement, but could lead in a few years to clinical trials on paralysed people who cannot speak due to so-called “locked-in” syndrome.

“This is proof of concept,” Prof Greger said, “We’ve proven these signals can tell you what the person is saying well above chance.

“But we need to be able to do more words with more accuracy before it is something a patient really might find useful.”

People who eventually could benefit from a wireless device that converts thoughts into computer-spoken words include those paralysed by stroke, disease and injury, Prof Greger said.

People who are now “locked in” often communicate with any movement they can make – blinking an eye or moving a hand slightly – to arduously pick letters or words from a list.

The new device would allow them freedom to speak on their own.

“Even if we can just get them 30 or 40 words that could really give them so much better quality of life,” said Prof Greger.

“It doesn’t mean the problem is completely solved and we can all go home. It means it works, and we now need to refine it so that people with locked-in syndrome could really communicate.”.

The study, published in the journal of Neural Engineering, used a new kinds of nonpenetrating microelectrodes that sit on the brain without poking into it.

The first was attached to the face motor cortex, which controls facial movement and is on the top left hand side of the brain.

The second was attached to the Wernicke’s area, an area just above the left ear that acts as a sort of language translator for the brain.

Because the microelectrodes do not penetrate brain matter, they are considered safe to place on speech areas of the brain – something that cannot be done with penetrating electrodes that have been used in experimental devices to help paralysed people control a computer cursor or an artificial arm.

The researchers were most accurate – 85 per cent – in distinguishing brain signals for one word from those for another when they used signals recorded from the facial motor cortex.

They were less accurate – 76 per cent – when using signals from Wernicke’s area.