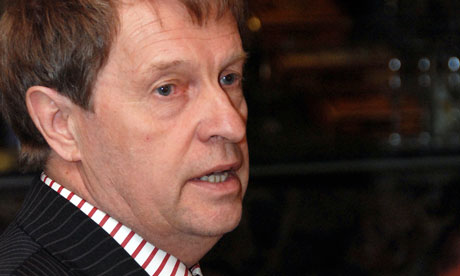 The erosion of press freedom in Ukraine has been linked to the disappearance of journalist Vasyl Klymentyev, above, last month. Photograph: Petro Matvienko

It was 8.55am when the investigative journalist Vasyl Klymentyev set off from his home in Kharkiv, Ukraine’s second city. As editor-in-chief of Kharkiv’s Novy Stil (New Style) newspaper – a small publication known for unearthing juicy scandals about corrupt local officials – Klymentyev had many enemies and was rather cautious. He set the burglar alarm.

What happened next on that morning in early August is a matter of speculation. The one fact everyone agrees on is that Klymentyev vanished. His family reported him missing the next day and Kharkiv police opened a murder inquiry. His friends are convinced he is dead, though so far there is no body. On 17 August a boy discovered his mobile phone and keys in a small rubber boat floating in a rural reservoir.

For journalists, Klymentyev is a chilling symbol of how press freedoms are being curtailed in Ukraine seven months after the election of Viktor Yanukovych, the country’s new pro-Russian president. Yanukovych, his critics say, has set about reversing the gains of the 2004-10 Orange Revolution, in which newspapers and TV flourished. Reporters talk of a new era of fear and censorship.

Last week Kiev’s district court stripped two independent opposition television stations, TVi and 5 Kanal, of their licences. TVi has fallen off the main airwaves, while 5 Kanal – which came to prominence with its coverage of the 2004 pro-democracy demonstrations – has had its audience severely reduced. The winner is Valeriy Khoroshkovsky, owner of the pro-Yanukovych Inter Media television empire – and head of Ukraine’s SBU security service.

In a report last week the watchdog Reporters Without Borders (PDF) said broadcast media pluralism in Ukraine was being “seriously eroded”, warning of a “disturbing level of hostility towards journalists on the part of the authorities”, including “physical attacks”.

“We are going back to the USSR,” Petro Matvienko, the deputy editor of Novy Stil, said last week. “In the USSR the [Communist] party was in charge. Now we are in the hands of a criminal totalitarian gang. It’s worse.”

Matvienko said he was certain Klymentyev was dead, killed by someone whose interests he had crossed. Shortly before his disappearance, Klymentyev had been preparing a story about the mansions of four top officials, one from Ukraine’s security service.

On 9 August, Matvienko said he, Klymentyev and a driver had gone to the picturesque Petchenegi reservoir, 30 miles east of Kharkiv, where Klymentyev’s belongings later turned up. Klymentyev waited in the car while Matvienko crept along a forest path to photograph the lakeside villa belonging to a regional official, including its private jetty and beach. The article was to appear in the next issue of Novy Stil.

Kharkiv police dismissed any suggestion the official might have been involved in the journalist’s disappearance. “It isn’t a serious version (of events),” police spokeswoman Larissa Volkova said.

Western diplomats in Kiev describe Ukraine’s new leaders as “instinctively less democratic” than their pro-western predecessors. Under former president Viktor Yushchenko, local elites felt constrained by democratic norms. Now they feel they can do what they want.

One diplomat, however, said it would be an exaggeration to suggest Ukraine was sliding into some kind of dark age. “I don’t think people at the top are issuing the orders. To compare Yanukovych to Hitler is ridiculous.” Ukraine’s leaders are “not impervious to criticism”, he said, adding that the government was pursuing badly needed economic reforms. The decision to ban TVi and 5 Kanal was “mildly sinister” but “not the end of civilisation as we know it”.

Nonetheless, the Klymentyev case has been dubbed “Gongadzegate II”, a reference to the last journalist in Ukraine to be brutally murdered. Hryhorii Gongadze, a muck-racking reporter for a small internet portal, disappeared in 2000. His corpse was eventually found in a shallow grave in woods south of Kiev. His head had been chopped off, probably with an axe. At the time of his murder Gongadze, like Klymentyev, was largely unknown.

The Gongadze case spiralled into an international scandal after secret tapes emerged in which Leonid Kuchma, Ukraine’s then president, could allegedly be heard telling his security service aides to “take care” of Gongadze, whom he called “a fucker”. Ten years on, the murder investigation is still incomplete.

Yanukovych’s aides deny there is any “systematic” attempt to clamp down on the press. They admit that overzealous minders have on occasion tried to muzzle reporters – banning video footage, for example, that showed a ceremonial wreath toppling on the president’s head. (The clip found its way onto YouTube, where several millions watched it.)

Aides also admit that some local criminal elements have penetrated Yanukovych’s ruling Party of the Regions, but dismiss the 5 Kanal and TVi ban as a “business dispute”.

Most members of Ukraine’s current government were in power in 2002-03. Some experts think the mistake of Yanukovych, a late-Soviet apparatchik, is to use the same methods that worked back then.

Yanukovych’s critics say he is trying to create the same kind of “authoritarian-lite” system as Vladimir Putin, with government-controlled TV, a rubber-stamp parliament and no opposition.

“The first victims of authoritarian regimes are always journalists,” said Hryhoriy Nemyria, opposition leader Yulia Tymoshenko’s deputy and former deputy prime minister. He warned of a “growing concentration of unrestrained power” in the hands of Yanukovych, and said several members of the former Orange government had been arrested.

In Kharkiv, a pleasant university city, giant portraits of a rather gormless-looking Yanukovych have appeared in main squares. His party’s blue and yellow colours adorn the trolleybuses that trundle past Kharkiv’s leafy avenues and art deco buildings. Local elections are due on 31 October. There are no opposition banners anywhere.

Observers insist that Ukraine is not Russia.

Andrew Wilson, senior lecturer at the European Council on Foreign Relations said Ukraine was more pluralistic, with a weaker central state than Russia, he said – and was in the middle of a severe economic crisis, and in urgent need of IMF cash.

In the meantime, Klymentyev’s friends and colleagues say they have no confidence in the official investigation into his disappearance. The journalist was a savage critic of local prosecutors who have now been given the task of finding his killers.

“Klymentyev was extremely persistent,” Matvienko said. “I’m sure he’s dead. There is no desire to have a real investigation. We are returning to the same dark era as Gongadze.”