Russian media question official version of death of Yuri Ivanov, that he died going for a swim 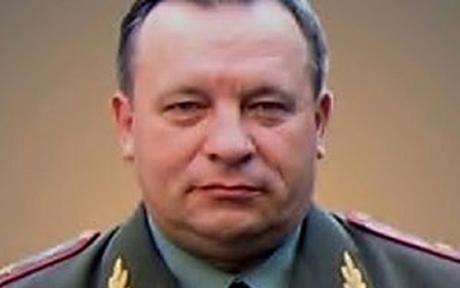 A mysterious accident in which one of Russia’s most powerful spies was found dead on a Turkish beach has provoked speculation that the deputy head of the country’s foreign military intelligence service had been murdered.

The badly decomposed body of Yuri Ivanov washed up last month on the shore of the Mediterranean, and was discovered by Turkish villagers in the province of Hatay, Turkish newspapers reported today. Reports suggest that he was quietly buried in Moscow over the weekend.

Ivanov was the second in command at Russia’s foreign military intelligence unit, the GRU. The general had last been deployed to review military installations in Syria, amid Kremlin attempts to reassert its influence in the Middle East, reports suggested.

Today, however, the Russian media questioned the official version of his death – that he had died while going for a swim – and pointed out that, as a top-ranking spy, he would have been accompanied everywhere by bodyguards.

The news portal Svobodnaya Pressa also pointed out that Ivanov was the second top GRU agent to die in unexplained circumstances. Another senior agent, Yuri Gusev, was killed in 1992 in a “car accident”. His fellow officers later established that he had been murdered, the paper said, adding: “Spies of that rank are well protected. As a rule, they don’t die by chance.”

After finding the body, Turkey’s foreign ministry approached neighbouring countries for further information, with Damascus reporting that Ivanov had gone missing while on assignment in Syria.

The general was last seen visiting the building site for a new Russian military base in the Syrian coastal city of Tartus, which is being expanded as a base for Russia’s Black Sea fleet.

After his visit, he left for a meeting with Syrian intelligence agents. He then went missing, the Turkish newspaper Vatan reported today.

GRU is the country’s main military intelligence and reconnaissance agency, and reports directly to the general staff of Russia’s armed forces. The directorate is much bigger than the KGB – which was broken up after the collapse of communism into two agencies: the foreign intelligence service, the SVR, and its domestic equivalent, the FSB.

The Kremlin assigned Ivanov to lead its war against Chechen separatists in 2000, and he allegedly masterminded a series of assassination attacks, which the Russian secret service carried out on Chechens living abroad. In 2004, two GRU agents killed the Chechen separatist leader Zelimkhan Yandarbiyev, blowing up his SUV in Qatar.

The Qatar authorities swiftly arrested and sentenced to life imprisonment two Russian GRU spies who were said in court to have been acting under direct orders from the Russian leadership. The pair were extradited back to Russia in 2005 to serve out their sentences on home soil. Both then promptly disappeared.

The body of one of Russia’s top spies has washed up on the Turkish coast after he disappeared close to a sensitive Russian naval facility in neighbouring Syria.

Major-General Yuri Ivanov, 52, was the deputy head of Russia’s foreign military intelligence arm known as GRU which is thought to operate the biggest network of foreign spies out of all of Russia’s clandestine intelligence services.

His badly decomposed body was found washed up on the Turkish coast by local fishermen earlier this month after he disappeared in the Syrian coastal resort of Latakia further south. The Russian army’s in-house newspaper, Red Star, did not report his death until last Saturday when he was quietly buried in Moscow.

The circumstances of his death are reminiscent of a John Le Carre novel and have therefore fuelled theories that he may have been murdered in Syria and his body then thrown into the Mediterranean where it drifted for days.

According to the Kremlin, he was on holiday in Syria and died in a tragic swimming accident. However, other reports have suggested he was on official business and the location where he is reported to have disappeared was only about fifty miles from a strategically vital Russian naval facility in the Syrian port of Tartus which is being expanded and upgraded to service and refuel ships from Russia’s Black Sea Fleet.

The facility is Russia’s only foothold in the Mediterranean Sea, and Mossad, Israel’s national intelligence agency, is know to be concerned that Moscow will use the upgraded facility as a base for spy ships and electronic espionage directed at the Middle East. The port is also close to the Turkish port of Ceyhan, a terminal for the Baku-Tbilisi-Ceyhan oil pipeline which is seen as a lifeline for Georgia, against whom Russia fought a short war in 2008.