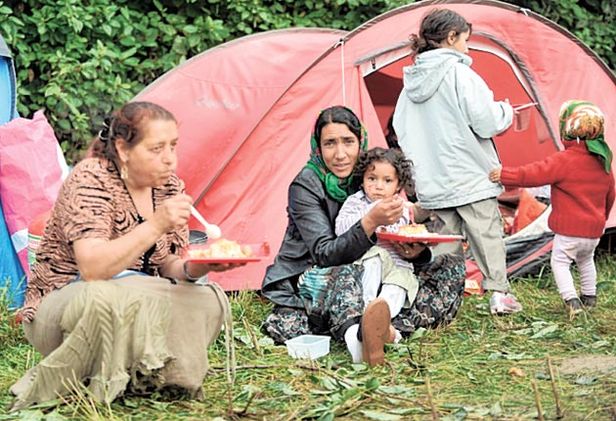 Roma people after being resettled from a camp near Lille, in northern France

France has come under increasing pressure to stop its mass expulsions of Roma when a United Nations human rights panel added its voice to the chorus of condemnation.

In recent weeks, French officials have dismantled more than 100 illegal camps and sent hundreds of Roma back to their homes in eastern Europe.

A report released yesterday by a UN anti-racism panel urged France to avoid its “collective repatriations” and expressed concern that members of the Roma community weren’t receiving full voting, education and housing rights in France.

In its report, the Committee on the Elimination of Racial Discrimination (CERD) said it was “worried about the rise in violence of a racist nature against Roma” in France. It recommended that the country “avoid collective repatriations in particular and work toward lasting solutions to challenges with the Roma based on the complete respect of their human rights”.

Francois Zimeray, France’s ambassador for human rights, lashed out at the findings, saying “it’s very easy to give lessons”. “France doesn’t pretend to give lessons to the world, even if we’re often seen as the country of human rights … We also don’t pretend to listen to lessons from countries that don’t make a tenth of the efforts that we’ve accomplished,” he said, in an apparent reference to the members of the UN panel, which is made up of independent experts from countries such as Russia, China, Algeria, Pakistan and Romania.