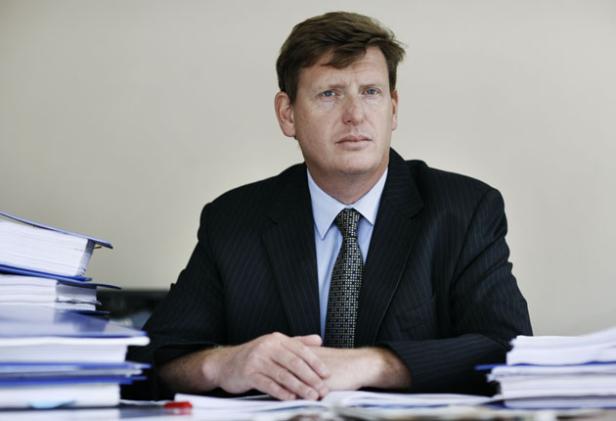 DS Howard Shaw was exonerated by an internal police hearing

A senior police officer cheated to get a promotion and then used his new position to wreck the career of a detective who blew the whistle on him, an employment tribunal has found.

Detective Inspector Kevin Williams – who accessed questions on an internal database shortly before he was interviewed for a promotion in the Metropolitan Police e-crime unit – still retains high-level security clearance and now works in the counter-terror unit. In the meantime, Detective Sergeant Howard Shaw, who blew the whistle, has been forced out of his job.

The tribunal found that senior Scotland Yard officers colluded in bringing a false disciplinary case, and Commander Nigel Mawer – who led the investigation into the loss of government disks containing the information of 25 million people in 2007 – was criticised for being “surprisingly and exceptionally careless” in his handling of the case. The judge concluded that Mr Mawer “did not consider and did not care whether or not the disciplinary proceedings against the claimant were properly founded”.

When Shaw, 47, discovered that Williams had asked a colleague for the questions on an interview panel, he reported the incident to Detective Superintendent Charlie McMurdie. But no action was taken and Williams was appointed to the e-crime unit soon afterwards. When it emerged that he had accessed the questions online, Shaw again complained to McMurdie. Days later McMurdie and Williams instigated disciplinary proceedings against Shaw, making a false allegation that he had broken an order not to continue with an outside business interest, and removed him from the e-crime unit, the tribunal found.

“There is an assumption in the police that if you are disciplined then you are guilty,” said DS Shaw. “I was ostracised by my peers, it was a lonely two years. I was under the care of my doctor and on medication, I had counselling. It had an effect on my whole family.”

DS Shaw returned to the e-crime unit – a £7m project established in 2008 to tackle cybercrime – after the internal hearing exonerated him, but he found working with colleagues who had brought false proceedings too difficult, and transferred to the extradition and international assistance units.

“My story shows how difficult it is to be a whistleblower in the police, where senior officers are not challenged. The culture in the organisation is to protect men of the same cloth,” he said after the hearing.

A Remedy Hearing will be held on 13 October to determine how much compensation DS Shaw will receive. His solicitor, Lawrence Davies, of the firm Equal Justice, said: “Essentially, the Met ran two defences. The first was that Shaw never whistle-blew. The second was that if Shaw did complain, he did so because he had been correctly disciplined. Both were untrue. They sought to ruin his career because he is an honest cop and dutifully complained when he witnessed Williams break the law.”

DI Williams received “words of advice” – the lowest form of disciplinary action in the Met police – for cheating and instigating false disciplinary proceedings, and was recently appointed to a counterterrorism role.

A police spokesman said: “The Met encourages staff to challenge inappropriate behaviour and report wrongdoing so it can maintain high professional standards, and the trust and confidence of staff and the wider community.”