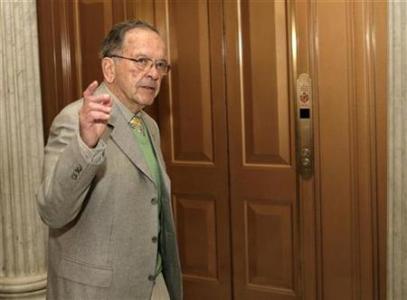 The single-engine, high-wing propeller plane, a DeHavilland DHC-3T, crashed at 8 p.m. local time on Monday (0400 GMT Tuesday), about 10 miles northwest of Aleknagik, a village near the Bristol Bay fishing town of Dillingham, according to the U.S. National Transportation Safety Board.

The plane was owned by General Communication Inc, an Alaska communications and cable provider.

The wreckage was spotted late on Monday, and a private team hiked to the site to render medical aid to survivors. Bad weather initially hampered efforts by Alaska National Guard rescuers to reach the scene early on Tuesday.

The others killed were the pilot, Theron Smith, and passengers William Phillips Sr., GCI senior vice president Dana Tindall and her 16-year old daughter Corey Tindall, according to Alaska’s Department of Public Safety.

The survivors, who are now in Providence Hospital in Anchorage with varying degrees of injuries, are William Phillips Jr.,Jim Morhard and the O’Keefes.

The Federal Aviation Administration said no flight plan was filed for the plane, common in Alaska because its vast size and geography make many towns there reachable only by air.

Alaska has the most licensed pilots per capita and most air miles flown by citizens in the United States. Stevens himself survived a 1978 Learjet crash in Anchorage that killed five people, including his first wife, Ann.

O’Keefe, a former NASA administrator and U.S. Navy secretary, was appointed chief executive of EADS North America in November as the European group vied with Boeing for a contract potentially worth $50 billion for aerial refueling tankers for the U.S. Air Force.

Stevens, a one-time federal prosecutor, was first appointed to the Senate in 1968 to fill the seat vacated by the death of Democratic Sen. Bob Bartlett. He won the seat in a special 1970 election and was repeatedly re-elected by wide margins.

As the top Republican on the committee in charge of annual government spending, he used his authority to steer billions of federal dollars to his home state for various projects. Perhaps most notorious was the so-called “Bridge to Nowhere,” which became a symbol of runaway government spending. The now-abandoned project would have linked the town of Ketchikan to its island airport at a cost of $398 million.

Referred to as “Uncle Ted” by many in his state, Stevens relished his reputation as a hot-head on Capitol Hill. When he succeeded Mark Hatfield as appropriations chairman in 1997, Stevens said: Senator Hatfield had the patience of Job and the disposition of a saint. I don’t. The watch has changed. I’m a mean, miserable SOB.”

When marshaling legislation on the Senate floor, he often wore a tie from his daughter bearing an image of the cartoon character the Incredible Hulk.

President Barack Obama offered his condolences to the victims of the crash and their families.

“A decorated World War II veteran, Senator Ted Stevens devoted his career to serving the people of Alaska and fighting for our men and women in uniform,” Obama said in a statement.