Car fuel could be created from thin air using an enzyme from a common soil bacterium, say scientists. 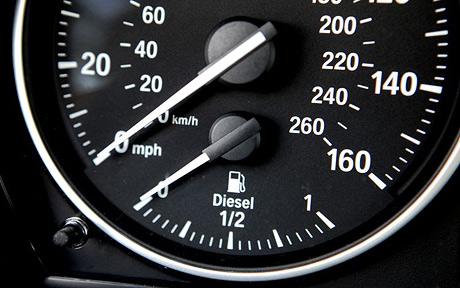 Cars could one day create their own fuel out of thin air, according to scientists. Photo: BLOOMBERG

It is hoped that this will lead to a cheap way of making environmentally friendly, carbon-neutral ‘green’ fuel that can be used without major redesigns of car engines.

Azotobacter vinelandii, a microbe found around the roots of various food plants, creates an enzyme – vanadium nitrogenase – which in nature produces ammonia from nitrogen gas. But now it has been shown that it can also create propane, the fuel commonly used in camping gas stoves, out of carbon monoxide – a common byproduct of industrial processes.

Markus Ribbe, a scientist at the University of California, says that eventually the enzyme could be tweaked, so that instead of only making the simple three-carbon-atom chain molecule of propane, it could create the longer chains that make up petrol. He says: “Obviously this could lead to new ways to create synthetic liquid fuels if we can make longer carbon-carbon chains.”

The researchers found that, when deprived of the oxygen and nitrogen from which it made ammonia and given carbon monoxide instead, vanadium nitrogenase automatically started using it to produce short carbon chains, two or three atoms long. This new ability is a “profound discovery”, according to Jonas Peters, a California Institute of Technology researcher, adding that it will have important industrial applications.

But the real excitement is in the possibility of using it for car fuel. Cars produce carbon monoxide in their exhausts through incomplete combustion, so in the not too distant future, it might be possible partly to fuel cars off their own fumes. Later still, it might be possible to draw fuel straight out of the air – technology for breaking down carbon dioxide into carbon monoxide exists, and the former is widely available in the atmosphere. Eventually, cars could be taking carbon out of the atmosphere as fast as they put it back in.

That’s a long way off – extracting, growing and storing sufficient quantities of vanadium nitrogenase is “very, very difficult”, according to Dr Ribbe. While A. vinelandii and its useful enzyme have been known about for a long time – the genes that code for the enzyme were isolated more than 20 years ago – the technology required to make it in useful quantities is very recent.