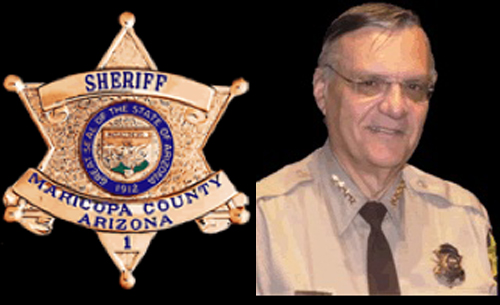 PHOENIX – He’s been at the center of the discussions and controversies surrounding illegal immigration enforcement in Arizona for quite a while.

On the day parts of Arizona’s immigration law, SB 1070, went into effect, Maricopa County Sheriff Joe Arpaio is in the news for another reason: there’s a price on his head – allegedly offered by a Mexican drug cartel.

The audio message in Spanish is a bit garbled, but the text is clear.

It’s offering $1 million for Sheriff Joe Arpaio’s head and $10,000 for anyone who wants to join the Mexican cartel.

A man who wants to remain anonymous says his wife received the text message Tuesday evening. It also included an international phone number and instructions to pass the message along.

“She showed it to me..I was kind of disgusted..I reported it to the Sheriff’s department yesterday..they said they were going to direct the threat squad on it.”

Lisa Allen of the Sheriff’s office says they believe the message originated in Mexico.

Although the Sheriff has received numerous death threats in the past, they believe this threat is credible because of its timing.

“Arpaio gets threats pretty routinely, but obviously with this heightened awareness of his role in the immigration issue we’ve got to take this one a little bit more seriously with a million dollar contract out on him,” said Allen.

But she says what really concerns investigators is how quickly the message may have been spread. “It’s going so many different places that our folks are looking at it and thinking well at any given point in time it could land in front of some crazy person who thinks I can do that.”

The Sheriff’s office says investigators are trying to trace exactly where the text message came from, but because it did originate from an international number, that will be difficult too.