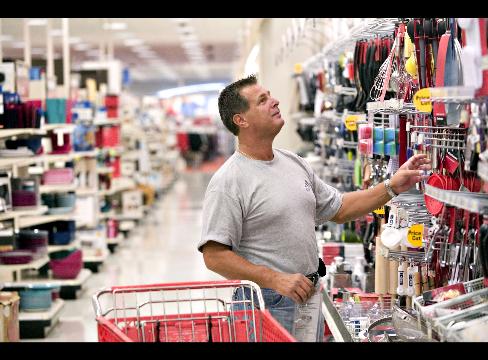 NEW YORK (AP) — Americans’ confidence in the economy eroded further in July amid worries about a job market that has proven stubbornly stagnant. The report raised concerns about the overall economy and the back-to-school season.

The Conference Board, a private research group, said Tuesday that its Consumer Confidence Index slipped to 50.4 in July, down from the revised 54.3 in June. Economists surveyed by Thomson Reuters expected 51.0. The decline follows last month’s nearly 10-point drop, from 62.7 in May, which marked the biggest since February, when the measure also fell 10 points.

With unemployment stuck near 10 percent and the stock market having wiped out gains made early this year, Americans are skittish about spending. A continuing stream of sobering economic data — from disappointing job figures in May and June to weak housing numbers — is increasing worries that the economic recovery is stalling just as government stimulus programs are disappearing.

The index — which measures how shoppers feel about business conditions, the job market and the next six months — had been recovering fitfully since hitting an all-time low of 25.3 in February 2009.

Economists watch the number closely because consumer spending accounts for about 70 percent of U.S. economic activity and is critical to a strong recovery. A reading above 90 indicates the economy is on solid footing.

The Conference Board survey, based on a random survey that was mailed to 5,000 households from July 1 to July 21, showed that consumers’ assessment of the job market was more negative than the previous month. Those claiming that jobs are “hard to get” increased to 45.8 from 43.5 percent, while those saying jobs are “plentiful” remained unchanged at 4.3 percent.