Wikileaks and Julian Assange get way to much attention in the corporate media, that is controlled and censored by the elite.

I am not saying that Julian Assange is an agent, but I am 100% sure that these news are allowed to be published for a reason, otherwise the mass media would not cover the Afghanistan war logs like that.

The US military covered up a reported surface-to-air missile strike by the Taliban that shot down a Chinook helicopter over Helmand in 2007 and killed seven soldiers, including a British military photographer, the war logs show.

The strike on the twin-rotor helicopter shows the Taliban enjoyed sophisticated anti-aircraft capabilities earlier than previously thought, casting new light on the battle for the skies over Afghanistan.

Hundreds of files detail the efforts of insurgents, who have no aircraft, to shoot down western warplanes. The war logs detail at least 10 near-misses by missiles in four years against coalition aircraft, one while refuelling at 11,000ft and another involving a suspected Stinger missile of the kind supplied by the CIA to Afghan rebels in the 1980s.

“It is the total history of the Afghan war from 2004 to 2010, with some important exceptions — U.S. Special Forces, CIA activity and most of the activity of other non-U.S. groups,” Assange said.

Leak of classified military reports puts lives of coalition troops in Afghanistan at risk and threatens security, claims US 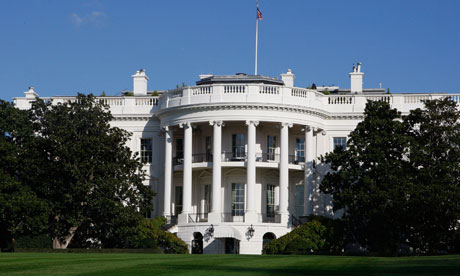 White House national security adviser General Jim Jones stressed that the documents related to a period from January 2004 to December 2009, during the administration of President George Bush.

The White House today condemned whistleblower Wikileaks, accusing the website of putting the lives of US, UK and coalition troops in danger and threatening America’s national security of the US after it posted more than 90,000 leaked US military documents about the war in Afghanistan.

The documents have revealed unreported incidents of Afghan civilian killings and information about secret operations against Taliban leaders, as well as highlighting US fears that Pakistan’s intelligence service was aiding the Afghan uprising.

The White House “strongly” criticised the leaks in a statement, which it said, “could put the lives of Americans and our partners at risk, and threaten our national security”. It said that Wikileaks had made no effort to contact US security services, but insisted that what it called the “irresponsible leaks” would not “impact our ongoing commitment to deepen our partnerships with Afghanistan and Pakistan; to defeat our common enemies; and to support the aspirations of the Afghan and Pakistani people”.

In London, the security minister Baroness Neville-Jones, former chair of the UK’s joint intelligence committee, described the leak as “really serious stuff” and questioned how the documents had been obtained.

“We don’t know how they got that material – it may be a combination of leaking of documents, but also one strongly suspects they have hacked into systems as well.

“This is a very, very big story. But if you stop to think about it for a moment, military systems have to be secure because people’s lives are at stake.”

The Guardian, along with the New York Times and German weekly Der Spiegel were given access to the archive and have spent several weeks investigating the logs. To ensure that human intelligence sources were not compromised or coalition forces put at risk, only a selection of the logs relating to significant events have been published.

White House national security adviser General Jim Jones stressed that the documents related to a period from January 2004 to December 2009, during the administration of President George Bush and before President Obama ordered a new push in the embattled state.

“President Obama announced a new strategy with a substantial increase in resources for Afghanistan, and increased focus on al-Qaida and Taliban safe havens in Pakistan, precisely because of the grave situation that had developed over several years,” he said in a strongly worded statement.

The US remained focused on “breaking the Taliban’s momentum and building Afghan capacity so that the Afghan government can begin to assume responsibility for its future”, he said.

“We know that serious challenges lie ahead, but if Afghanistan is permitted to slide backwards, we will again face a threat from violent extremist groups like al-Qaida who will have more space to plot and train.”

The general praised Pakistan, calling the co-operation between the two countries an “important bilateral partnership” which had led to significant blows against al-Qaida’s leadership. He said: “The Pakistani military has gone on the offensive in Swat and south Waziristan, at great cost to the Pakistani military and people.”

US officials have previously condemned Pakistani officials’ co-operation with some insurgents, like the Haqqani network in tribal areas. The New York Times reported that the documents suggested Pakistan “allows representatives of its spy service to meet directly with the Taliban in secret strategy sessions to organise networks of militant groups that fight against American soldiers in Afghanistan, and even hatch plots to assassinate Afghan leaders”.

In what could be seen as subtle pressure on the Islamabad government, the general urged Pakistan to continue fighting against insurgent groups. “Yet the Pakistani government – and Pakistan’s military and intelligence services – must continue their strategic shift against insurgent groups. The balance must shift decisively against al-Qaida and its extremist allies,” he said.

In Pakistan, the intelligence agency, the ISI angrily rejected claims that it has been supporting Taliban militants, calling them malicious and unsubstantiated, according the Pakistani news organisation Dawn.

A senior ISI official, speaking to Dawn on condition of anonymity, said raw, unverified intelligence reports were designed to smear the reputation of the agency.

Some reports refer to former ISI officials, including Hamid Gul, who headed the agency in the late 1980s, when Pakistan and the US were supporting militants against the Soviets in Afghanistan.

Gul, who has been an outspoken supporter of the Taliban, is alleged to have dispatched three men in December 2006 to carry out attacks in Afghanistan’s capital.

Gul denied colaborating with the Taliban, saying: “These leaked documents against me are fiction and nothing else.”

Waheed Omar, spokesman for the Afghan president, Hamid Karzai, said the Aghan administration was shocked by the “huge number” of documents leaked. “But so far as the substance of these leaked documents were,” he said, “the president’s immediate reaction was that most of this is not new, most of this is what has been discussed in the past, and most of this is what we have always raised with our international partners, and this is going to help raise more awareness.”

The UK government allowed the White House to lead the offical reaction to the Wikileaks documents. A Downing Street spokeswoman said: “We would lament all unauthorised releases of classified material. The White House has made a statement. We will not comment on leaked documents.”